What Music Should Christians Listen To? 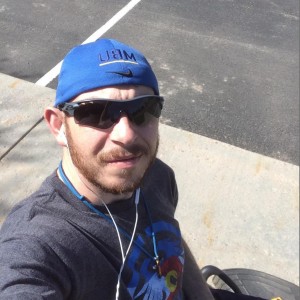 When it comes to music, there is a wide variety of genres in which any person can find something they like. This variety has spilled over into Christian music giving Christians many options to listen to.

Unfortunately these options have often been met with issues concerning the style and beat of the music. Some Christians don’t have a problem with the words, but rather the way the music is played. Using Rock and Roll, Rap, Hip-Hop, R&B, Pop, and/or Country styles of music, according to some Christians, doesn’t exactly portray something that could be used to worship God and praise him.

But, does the style of music really matter if the focus is entirely on God?

This is the question many young Christians are asking. It has caused many divisions in the church. However, instead of focusing on style and “good” words, we should instead be focusing on whether or not the message of the music we listen to is biblical and edifying.

To figure out whether or not a song is biblically based, find the lyrics of the song and look at what is being said in the song and what the message is. Then look at your bible to see how it matches up.

An example of this would be a song that many young Christians are listening to. It is a Christian Rap song. I know you may be thinking, “How can Christian and Rap go together?”, but I assure this song is doctrinal and biblically correct.

The song is Start Over by Flame, featuring NF.

The following is the chorus of the song:

“Everybody’s got a blank page
A story they’re writing today
A wall that they’re climbing
You can carry the past on your shoulders
Or you can start over
Regrets, no matter what you’ve gone through
Jesus, He gave it all to save you
He carried the cross on His shoulders
So you can start over”

All Christians get basically a blank slate when they are saved. Their sins are wiped clean because of the blood of Christ. Jesus died on the cross so that we would have to no longer have to carry the burden of our past. His death gave us a chance to start over.

So in this case, this song is perfectly okay to listen to, and it is a song that should drive you right to Christ.

This example should help guide you as you make music choices.

What is the message of the song? Does it lead to revere and worship God even more? It is biblically and doctrinally sound? The answer to all these questions should be ones that will lead you straight to God.

Instead of arguing about a certain style of music, take the time to examine the song against the Bible, and then discuss your findings with those around you. What you will find is that not only are you educating yourself and others about music, but you are also discussing God and how you worship him.

Don’t let anyone but God determine your music choices. God will guide you to the right and appropriate music that honors him.

On a personal note, I was raised in Baptist church where this music would have definitely been unapproved. My choices in music were limited to country and/or hymns. I grew up listening to both and still enjoy both styles. Yet, as I grow in God, I am seeing that Christian music is so much more than the hymns I grew up with. The above mentioned song is one of my favorites even though I’m still a country boy through and through.

I allow God to guide me to appropriate music, as we should all do.