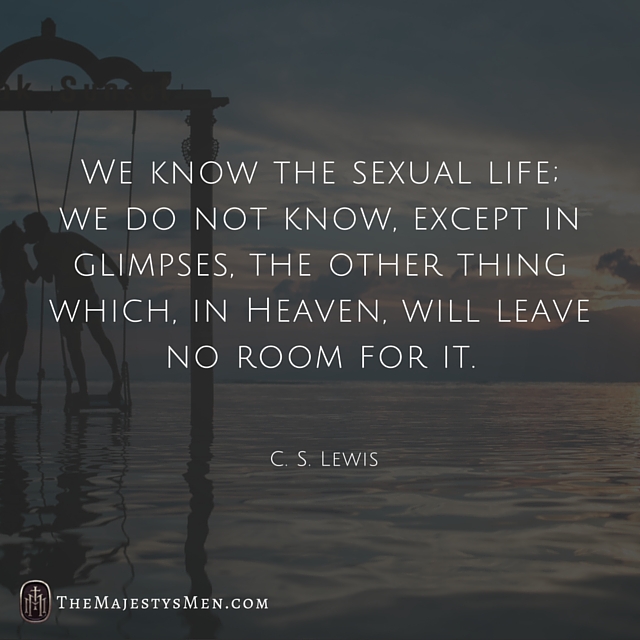 C.S. Lewis On The Possibility Of Sex In Heaven – [Quote]

Read The Quote In Context

Please feel free to share this quote and use these images on social media. By doing so, you help us spread gospel-centered wisdom and encouragement as well as the word about this website, community, and our efforts. We appreciate your support, and most of all, your hunger for God and his goodness! Keep it up!

“The letter and spirit of scripture, and of all Christianity, forbid us to suppose that life in the New Creation will be a sexual life; and this reduces our imagination to the withering alternatives either of bodies which are hardly recognizable as human bodies at all or else of a perpetual fast. As regards to the fast, I think our present outlook might be like that of a small boy who, on being told that the sexual act was the highest bodily pleasure, should immediately ask whether you ate chocolates at the same time. On receiving the answer ‘No,’ he might regard [the] absence of chocolates as the chief characteristic of sexuality. In vain would you tell him that the reason why lovers in their raptures don’t bother about chocolates is that they have something better to think of. The boy knows chocolate: he does not know the positive thing that excludes it. We are in the same position. We know the sexual life; we do not know, except in glimpses, the other thing which, in Heaven, will leave no room for it.”
– C. S. Lewis

Please feel free to share this quote and use these images on social media. By doing so, you help us spread gospel centered wisdom as well as the word about this website, community, and our efforts to engage fellow young men. We appreciate your support, and most of all, your hunger for Godly wisdom! Keep it up! 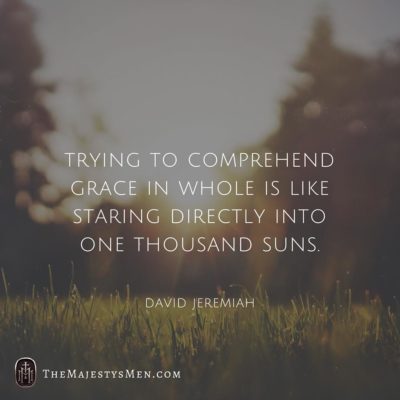 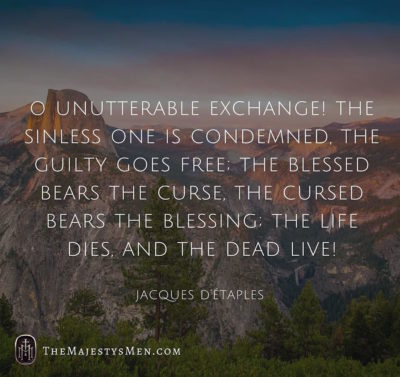 Jacques d’Étaples On The Greatness Of Our Exchange With Christ 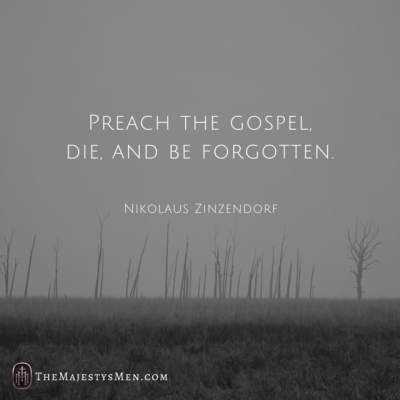 Nikolaus Zinzendorf On Ambitions, Honor, And Being Forgotten – [Quote] 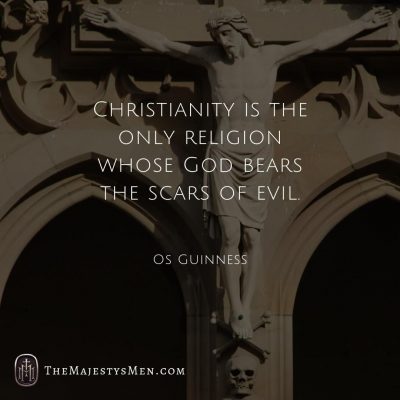 Os Guinness On God Bearing The Scars Of Evil – [Quote]