Click HERE for sermon audio Introduction Athanasius was born in the last decade of the 3rd century and died in 373AD. There are some legends around his childhood and where he came from, but the truth is that little to nothing can truly be known about his birth and childhood. One thing that is pretty […]

Click HERE for Audio The Greatness of Constantine Constantine was born in 280 and died in 337 A. D. He was the son of a Roman Caesar during the tetrarchy, and he became Emperor and united Rome once again during his life. Constantine was a great warrior, fighter, general, and leader of men. He was […]

In this lecture I teach on Josephus and the Jewish War for Hope Baptist Church’s church history class. My notes were not manuscripted so all you get is the audio. I also wrote and drew things on a white board while teaching, so sorry you don’t get to see that either. Click HERE for sermon […]

Introduction Here we are on the final Lord’s Day of October, the year of our Lord 2021, and God has been very good to us. We have received grace upon grace through the Lord Jesus and for that, we give thanks. As you know, we have been preaching on Exclusive Psalmody and have also talked […] 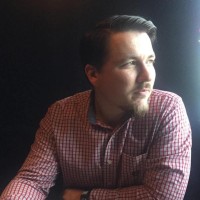 You'll receive an email when a new post is published on the blog.