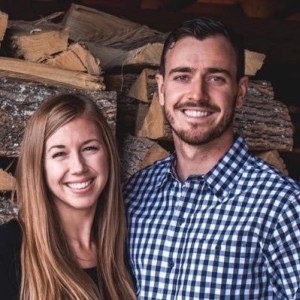 Is your leader Saul or Jonathan?

Our political hellscape is a direct result of Christian apathy—and fear—over fighting evil.

Evil is not overcome by ignoring it or being nice to it.

Evil is overcome by good men who fight.

A leader who wants to fight evil is dangerous to cowards. He might start a fight that they would be obligated to show up for.

It is much better, in their opinion, to let your enemy lead you so that you don’t have to fight him.

This is why so many pastors bailed on Trump. They knew the guy was gonna pick some fights with the baddest people. If they could show their flocks that Trump was an immoral person, well then, they’d get out of the obligation of having to show up to the fight.

This is why so many pastors bail on strong men in their congregations.

They know these guys are gonna pick fights with bad people.

If they can get their flocks to shame or eject these strong men, then they get out of having to fight bad people. Just shut them up and turn a blind eye to any evil that may be happening.

We have become so conflict averse that any good man who seeks conflict with evil, becomes more of a problem to the group than the evil it is suffering from.

The story of Jonathan picking a fight is exemplary of where we are today.

Israel was occupied by their enemy, outnumbered, demoralized, hiding from conflict.

Jonathan says to the young man bearing his armor “Come, let’s cross over to the outpost of our enemy. Perhaps the Lord will work on our behalf. Nothing can hinder the Lord from saving, whether by many or by few.”

Jonathan routes this army and instead of pursuing and completing the victory, the “principled conservative” (coward), King Saul, unleashes his fury and anger at Jonathan!

“How dare this young rabble rouser obligate me to show up and fight for my Kingdom. I will punish him; I will kill him!”

Our generation is desperate for pastors and politicians like Jonathan.

We want fearless leaders who will go out and pick fights with evil.

We say to them “Do all that is in your heart to do. Go ahead; I am with you.”

Take courage my lads, the Lord is with you.
All Posts