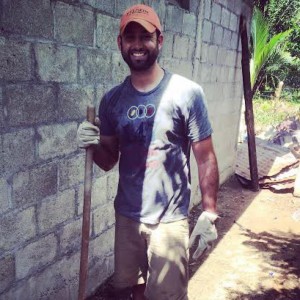 In the classical poem “Works and Days,” the poet Hesiod tells a story of two Greek gods: Prometheus and Zeus. Prometheus, the god of fire, was also known as somewhat of a trickster. And one day he stole the gift of fire from Zeus, who had been unwilling to give it to men himself.

However, Prometheus’ action didn’t come without consequences. Ordering Hephaestus to mix earth and water together, the supreme ruler decided to “give men as the price for fire an evil thing in which they may all be glad of heart while they embrace their own destruction.” This “evil thing” was man’s punishment: a woman. (The Homeric Hymns and Homerica, 7)

While such a fanciful tale unjustly depicts women as the source of man’s woes, vestiges of Hesiod’s theme can still be found in twenty-first century America. Women are still beaten, abused, and trafficked in this country everyday under the hegemony of tyrannical men who usurp upon the rights of weaker vessels.

However, the reaction against it has left us with evils of a different kind. And the cultural shift can be spiritually deadly for the church and for marriage – two institutions built upon a common theme.

It can scarcely be denied that the modern attitude toward women has been greatly improved in many ways in this country. And in a relatively short period of time. However, while the so-called “Women’s Liberation Movement” has fought for and won key cultural battles for gender equality, we shouldn’t assume that it’s done the same for marriage.

Just last month, for example, the Washington Post ran a series of articles on the subject of marriage. One particular article, written by Sarah Wright (board chairman of Unmarried Equality), is entitled “Why it’s Time to Stop Glorifying Marriage.” In it, Wright opines, “promoting marriage at taxpayer expense…has been a colossal boondoggle.”

Is Wright… right? Is marriage passé? Should we simply do away with this age-old institution and begin lives as “partners” and “co-parents”? What is it about marriage that is so integral to human flourishing?

Since the Supreme Court ruling in Obergefell v. Hodges legalizing same-sex marriage in this country, the rhetoric from the LGBT community has been that marriage isn’t simply a heterosexual monopoly – that gay and lesbian couples can be “married” too.

However, what we’re witnessing increasingly since that decision is an attempt to dispense with the classic marriage paradigm.

The truth of this “sexual revolution” is that it won’t simply stop with gender or sexuality. It’s an attempt to completely re-conceptualize marriage altogether. And this country is still groping to see where that revolution will end.

This can be little surprise to those faithful to the very Scriptures that map out how such marriages should operate. Contrary to Hesiod, women weren’t made out of earth and water. They were created from man – which is actually where they get their name. (woman, Gen. 2:23) Made “from” (ek) Adam’s rib as his “helper” (ezer), Eve’s role in the Garden wasn’t derived in her inferiority. (Gen. 2:18, 22) In fact, these “weaker vessels” are also called “heirs” with men in the kingdom of God. (1 Pet. 3:7) They’re different expressions of the same divine image.

Yet, while Eve bore the image of God equally, she bore it through Adam. (1 Cor. 11:7-9) The Apostle Paul makes it clear that male headship is grounded in this order of creation. (1 Tim. 2:13-14) Eve was perfectly engineered to “fit” into a unit, one that could only function between a man and a woman. (Gen. 2:18) And that union is inextricable from another precious institution: parenthood. Marital union is designed to produce sexual union which in turn produces life. And this is one of the reasons that God looked upon man and woman and said, “It was very good.” (Gen. 1:31)

Conversely, this is why homosexuals are unable to procreate and “multiply.” Even at the physical level, it’s obvious they’re not “fit” for one another. Instead, Paul calls homosexuality “contrary to nature.” (Rom. 1:26) It doesn’t fulfill God’s purpose for humanity.

Life doesn’t spring from homosexual union – at all. And this is why a movement for “women’s rights” can become a double-edged sword in some ways. When it gains women’s suffrage it’s a recognition of the equal dignity, worth, and value of all women. But when it attempts to re-engineer marriage, it’s disavowing a principle whose ultimate purpose is not only to populate the earth, but to ultimately point to the Gospel: a message that also embodies an authoritative Groom. (Eph. 5:22-33)

Therefore one of the first indications that our country has dispensed with the Gospel is its readiness to dispense with marriage.

In today’s cultural and political climate, “love” is a good word, and “authority” is quickly becoming a bad one. And that creates tension when looking at the Scriptural view of marriage. That’s because it’s not just in marriage. It’s in the idea of a parent. Or a teacher. Or a boss. Or a coach. Or the Trinity. Or anything.

Our country – dare I say modern Western civilization – is built upon the fact that authority is not synonymous with superiority. Still alarming is the fact that American marriages have jettisoned the word “authority” while simultaneously decrying the plight of millions of troubled teens without an “authority” in their life. Have we ever connected the two? Authority isn’t a pejorative term. And our citizens – and churches – need to hear that.

Unfortunately, the wedding of the LGBT movement with the women’s rights movement is a frightening indication that the words “authority” and “superiority” are slowly becoming one. And that’s why the sexual revolution can’t stop with gender. Its chief enemy is authority.

Interestingly, in the majority opinion of Obergefell v. Hodges, Justice Anthony Kennedy wrote, “Marriage is a keystone of the nation’s social order.” Kennedy’s words reveal the confused logic of secular America: we want social order without marital order. We want political authority without marital authority. Kennedy’s statement is further evidence that our country is still walking a precarious line between “rights” and “order.”

Where will that line be drawn? Are advocates for the LGBT movement writing checks they can’t cash? Is marriage a realistic foundation when the notion of gender is relativized? Can we be expected to obtain “social order” when marital order is reversed? Time will tell.

But for those in the church of the Lord Jesus Christ, the answer is clear. Authority is inextricable from the biblical definition of marriage. That’s because authority is germane to the Gospel! Placing your faith in Christ professing your vow as Christ’s submissive bride – with a marriage license written in blood. (2 Cor. 11:2) The very idea of headship within the family is grounded in the headship of Christ over His church, in the headship of the Father over the Son. (Eph. 5:23-24; 1 Cor. 11:3)

Does marriage have a future in America? It’s not a question of legislation. It’s about authority. Thankfully, unlike the LGBT movement, the Gospel doesn’t make us choose between authority and love – not when our King wears a crown of thorns.

Obbie Tyler Todd is pastor of Third Baptist Church of Marion, Illinois and serves as online adjunct faculty at Luther Rice College & Seminary. He holds a PhD in Theology from New Orleans Baptist Theological Seminary and specializes in American religious history.
All Posts