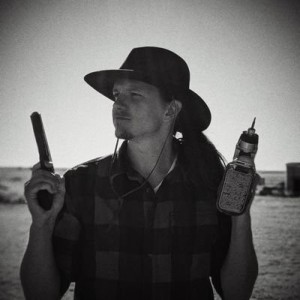 As Christians, we should have a sort of sorrow even when a High Priestess of Moloch dies…

Ruth Bader Ginsburg (#RBG), an eternal human soul, has now met the one and only Supreme Judge. And, it’s a terrible thing for the wicked to fall into His holy hands.

How much worse punishment, do you think, will be deserved by the one who has trampled underfoot the Son of God, and has profaned the blood of the covenant by which he was sanctified, and has outraged the Spirit of grace? For we know him who said, “Vengeance is mine; I will repay.” And again, “The Lord will judge his people.” It is a fearful thing to fall into the hands of the living God.” —Hebrews 10:29-31

So for us, it is a sorrow of sympathy and sobriety—we could be her if not for the unmerited grace of God which he has enacted in us.

It is not a sorrow of deprivation and despondency—the world has not lost anything, the wicked deserve no honor, and, in fact, we should have great courage in this time.

This sort of sorrow simply acknowledges “the Lord takes no delight in the death of the wicked, but would rather they turn back from their evil ways” (Ezekiel 33:11), and it reminds us we should pray more for righteous servants of the one true God to be lifted up so tens of millions of lives can be spared to literally live, and then, upon living, be spared both from the likeness of RGB’s influence and her ultimate fate in death.

This should embolden both our prayer life and our declaration of the gospel truth.

This is why, for the few Americans who are not embarrassed of their Bibles, we don’t have to pretend the second half of Proverbs 11:10 doesn’t exist:

When it goes well with the righteous, the city rejoices,
and when the wicked perish there are shouts of gladness.

We can acknowledge, without delight, yet with gladness, that when a wicked leader dies, righteousness is served in the death and removal of the evil influence. Further, as the unrighteous stumble and devour one another in their fears and anxieties, having lost a sacred leader, we can hope and work for righteousness to thrive all the more in the wicked leader’s absence (Lord willing).

And, make no mistake, she was desperately wicked.

It is not acting as a “public servant,” much more is it worthy of honor, to protect and advance the slaughter of 60 million innocent image bearers of God, and, for those who did survive, to enable “progressive” feminist policies of destruction that have done nothing but bring society to ruin for decades.

In the words of a Godly lady, “It’s a disgrace to women everywhere to want to preserve the legacy of death that RBG left.”

It’s a disgrace to women everywhere to want to preserve the legacy of death that RBG left.

The righteous do not mourn the death of the wicked nor look for small things to honor in their legacy so as to appear more friendly to the world.

Have we even read the Psalms?

All who have a spine and know the Holy God is still ruling and reigning over his creation should have no problem saying these things at any point in time. Don’t let the tone police and empathy-knights try to shame you into silence.

As my friend (and HNR.GD Network blogger), Gabriel Hughes, tweeted,

“I highly doubt that when Herod dropped dead and was eaten by worms, the Apostles said to the saints, “Okay, guys. Now’s not the time to talk politics.”

We talk politics every time we proclaim the Kingdom of God.

“Repent, for the kingdom of heaven is at hand!” —Matthew 3:2

The proud party of God-defiance is not playing around. In just the 24 hours since RBG’s death, the Democratic party is already reporting $30 million has been raised.

They’re well aware of the fact that a losing war of raging against God takes a lot of money.

The One True King Reigns, Best Start Acting Like It

You are the subject of a King who rules over you whether you like it or not, and whether you make judgements in alignment on his or not. (Matthew 28:18)

He will not put up with our nations rebellion, and this year has clearly shown us, he is judging it. (Romans 1:28-32)

Keep sharing that message, and pray we will have someone appointed “supreme” (lil-s) judge of our land who knows and loves that message.

And, pray for the surviving friends, family, and feminist fans of Ruth Bader Ginsburg, that their grief and anxiety in this time would somehow cause them to know the God of comfort, hope, and joy—of truth and life everlasting.

Partaker of grace with all I need for today. Wielder of both swords and trowels. Husband. Father. Rancher. Renovator. Real Estate Investor. Communicator. Webpreneur. Founder and lead steward of TheMajestysMen.com and the HNR.GD Network. A once-and-future pastor currently building an anti-fragile future through study, entrepreneurship, and community. Catch me anywhere online @rileyadamvoth.
All Posts