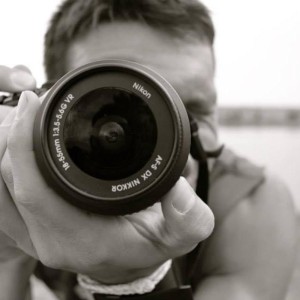 He has told you, O man, what is good;
and what does the Lord require of you
but to do justice, and to love kindness,
and to walk humbly with your God?
– Micah 6:8

I’ve said in past posts how that verse has challenged me and directed me in how I think about being a Godly man. I’ve also mentioned that our society does not help us become Godly men, but rather, continually produces boys that don’t take responsibility.

So recently I’ve thought about how society, God’s calling, and who we are to be, play into being members of our families.

A Man Of God Is The Leader Of His Family

My starting point for this thought comes from Genesis. Genesis 2:18-20 God gave Adam, or “the man”, the task of naming the creatures as they came to him and “no suitable helper was found.”

Let’s look at that from a different perspective.

Adam was naming the creatures as they came to him, and he and God found a problem. How often do we see problems before anyone else? We often do, and we’re supposed to. I know men don’t always see a problem until it’s too late – we are all guilty of this at some point – however, I feel like God gave us the responsibility to see things first on purpose and for a reason.

However, if you aren’t able to identify problems in your life before you’re married, then how are you going to be able to identify them as a married man and for a whole family under your care?

As men, we must be prudent in decision making and leading our family; living life knowing that our decisions today can have positive or negative repercussions down the road.

If you’re a single man – like I am – you need to be developing your skills as a leader now.

Here’s another example of how we can see where man is called to be the leader, and that our actions or omissions have consequences:

In Genesis 3:8-10 (after they ate from the tree in disobedience), God is walking through the garden, and in verse nine,

“But the LORD God called to the man…”

God didn’t address the “helper” (what God called the woman). He wanted Adam to give account. Adam was to be held responsible for Eve.

Some of you may be thinking “well Eve was the one who sinned first, shouldn’t that be of some significance too?”

He was with her!

Think about it; he had the chance to step in and tell her, “No, God told us not to do that,” but he didn’t.

He didn’t assume his role as the leader in his family and that had negative repercussions.

Adam let Eve disobey God; and because of that, I believe, he had to answer first.

Leaders are responsible for their “team”.

When the basketball coach assigns someone as the team captain, that individual is responsible for leading his teammates. A marriage can be considered a team.

You grow together, you learn together even you share life with one another. As the leader of your team, men, it’s your responsibility to love, protect, and keep your wife pointed towards Christ.

When something goes wrong and your wife is rushed to the hospital because of a medical emergency; who has to give account and let your in-laws know what’s going on? Not the dog, not the children, not the crazy next door neighbor lady with a million cats. It’s you!

All of Jesus’ first disciples were men.

Why would he have called fishermen to be fishers of men? Why did he call men as his first disciples?

After reflecting on those questions, it has started to make sense to me. If men are the leaders of the families, it makes sense that we would listen to other leaders. Not to say that men don’t listen to women now, or that women can’t be leaders, but, in that culture and time period, men were more likely to listen to other men. This is still usually true today.

So we should be intentional to seek out leaders in this area, faithful men of God who are leading their families well, and be learning from them in how they do this.

If you plan to be married, begin this now. This is our calling as men, to be leaders, whether we like it or not. So begin preparing now!