A Woman’s Perspective On What A Manly Heart Really Is 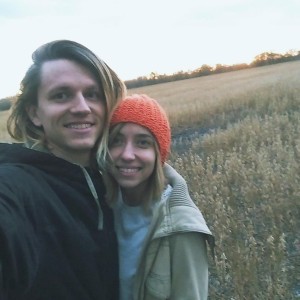 While gathered, sipping tea in the living room of dear friends, the topic of manliness came up.

Riley, my husband, told this story of the first time he was in awe of his Dad’s manliness.

Riley’s dad is a farmer and rancher. The real deal Midwest Cowboy! A profession where you’re responsible for lives (of many kinds) and live your own life on “standby” ready to risk yourself for others.

I wish you could hear Riley tell this story. It would inspire your heart to listen to a son speak with such manly reverence of his father. So, just imagine while you read…

Riley told how one night he and his dad went out in the pouring rain to assist a cow in her birth. The calf was stuck – risking the mama’s life and it’s own.

Dennis, Riley’s dad, wedged his arms into the uterus of the cow to wrap “calf-pulling chains” around the calf to pull it out.

In the rain, mud, and darkness, Dennis managed to get the calf out of its mother.

However, not to Dennis’s surprise, the calf was struggling to breath. It had stayed in the uterus too long and absorbed too much fluid in its lungs. In an effort to drain the calf’s lungs of fluid, Dennis took it by its ankles and swung it round and round flinging fluid out through its mouth and nostrils.

Riley tells that he just remembers stepping back out of the way of swinging calf and working man and watching this scene unfold in the night, thinking, “This is crazy! This is manly!”

With mud flying and rain pouring, man was able save his cows!

I know you see it. You can feel it actually; how manly Dennis’s steadfastness and compassion for life was despite the grunge, muck, rain, risk and hard work!

I, a woman, feel it too actually – in an admirable way, yes, with bit of hopeful emulation, but mostly a lot of appreciation. Sure, I’d love to be like Dennis was in the situation as much as I can be, but by far I’m most thankful that God made a fellow creature in his image with the abilities and desires to naturally fulfill that role.

I know all you men have it in you to risk much of yourself to defend others’ lives.

We love it about men. We love the rugged, the respectful, the risky, and all…

..But Don’t Forget “Manly” Means A Heart Of Flesh.

What you do not see and feel in this story of Dennis and his cows is a stern and harsh nature.

And I will give them one heart, and a new spirit I will put within them. I will remove the heart of stone from their flesh and give them a heart of flesh, that they may walk in my statutes and keep my rules and obey them. And they shall be my people, and I will be their God.  Ezekial 11:19-20

We are all being made a new heart of flesh – not stone.

Often misinterpreted as manly is a “heart of stone” in which “strong” is interpreted as harsh and the stern. Perhaps it gains the submission of others that you’ve desired, or through their humiliation you gain fear disguised as respect.

I warn you, beware of two things.

You may not think you struggle much with either of these. People see you as kind, gentle, polite, etc., etc., …but let me tell ya, you will be provoked.

There are many times I’ve provoked my husband to the point he’s felt the only resort is to defend with force and power. I’ve doubted when I shouldn’t have. I’ve worried and nagged when I’ve not trusted. I’ve doubted his character and thought he was making a choice out of wrong motive.

With God’s promise of transforming your heart of stone to flesh you are capable of choosing love, grace and compassion, instead of defense and revenge.

In other words, God is taking our old hard hearts of unkind and cruel nature and replacing them with a heart that is soft and pliable and full of good things.

With God transforming your heart, you have freedom from being provoked to the point of defiance or needing to seek your respect at other’s cost.

You can also, much like Dennis in the story, proactively go out into the darkness, and step into the muck and hard situations, and be this man that we all need. As women, and partners to man’s strength, (I’m certain I can say on behalf of other women) we admire most a man whose strength is also shown in compassion, kindness, and gentleness. These qualities don’t make you weak and passive – when they’re genuine, they should make you more active.

The transformation of our heart is as mysterious as Jesus saying we are “born again”, but what we do know is that when we remember the things God says to us and does for us, those things become manifest in us as a “heart of flesh”.

So, let the Lord’s voice be louder than your wive’s, friends’, boss’s and culture’s.

So God created man in his own image, in the image of God he created him; male and female he created them. Genesis 1:27

You are made like the man Jesus is. The man that gave his life for the life of those that hated him, disrespected him, distrusted him, hurt him, humiliated him, and…

YOU are being made like that man! Be that man.

Hi! Here are some words that best describe me: hobby gardener, daily Crossfit enthusiast, traditional foodie, wife of a tall, sweet husband, and a life consumed by Jesus's love and grace. By day I work an 8-5 job and on nights and weekends I'm a busy-bee learning to either sew fabric and seeds, knit, or cook with those I love. Last and above all, my motivation in life comes from my deepest love and understanding that Jesus is God and Creator of all.
All Posts