Not What They Say: Inspecting Claims And Beliefs Of “Christian” GOP Candidates

WARNING: They say to not talk about politics or religion in public, but in this post I do both… 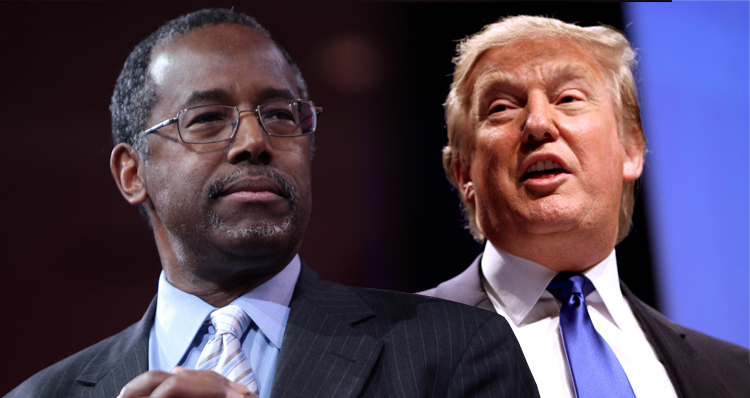 Multiple times on the campaign trail, Mr. Trump has ranted about his Presbyterianism, something on which the media regularly comments, much the chagrin of many of his “fellow” Presbyterians, including myself.

As I have watched the recent political commentary on the recent political polls, especially the Iowan polls, many reporters have commented that the reason Trump has been trumped by Dr. Ben Carson in Iowa is because Carson is more appealing to the largely Evangelical base in Iowa.

Further, throughout the race, Dr. Carson has repeatedly been perpetuated as the “Evangelical Choice” as opposed to the “Presbyterian” Donald Trump. I think this might be flawed (if terms are understood correctly).

What I would like to argue is that this is an extremely misguided assessment of the faith of these two men. Before I go further, I would just like to say that I am in no way calling into question the character or presidential quality of these two men, because I would honestly vote for either of them. What I am calling into question is both the Evangelical-ness of these candidates, as well as the theological/denominational knowledge of the American media and people.

Before I make any further comments, I think it would be helpful to define our terms. In current American Christianity, anyone can say anything, and it is just assumed that it is true. What I mean by that is people just call themselves something, but their words are often hollow.

The proof is in the pudding, as the saying goes. People often call themselves “Christians” while never attending church, exercising their faith, or living out the implications of the Gospel. No repentance, no true faith, and no gospel-change.

The doctrinal, confessional standards are the historic creeds, confessions, and catechisms, especially and specifically the Westminster Confession and Larger/Shorter Catechisms.

Which brings me to Donald Trump…

While Mr. Trump has often presented to the American people that he is a Presbyterian, one specific comment shows that he is sadly mistaken: Trump apparently has never asked God for forgiveness because he believes he has never done anything bad enough for which forgiveness must be sought.

Hmm… This is an interesting comment from a so-called Presbyterian.

Presbyterians confess that “as every man is bound to make private confession of his sins to God, praying for the pardon thereof; upon which, and the forsaking of them, he shall find mercy…” (Westminster Confession of Faith, 15.6), and “by it [repentance], a sinner, out of the sight and sense not only of the danger, but also of the filthiness and odiousness of his sins, as contrary to the holy nature, and righteous law of God; and upon the apprehension of His mercy in Christ to such as are penitent, so grieves for, and hates his sins, as to turn from them all unto God, purposing and endeavouring to walk with Him in all the ways of His commandments” (WCF 15.2).

So Presbyterians, who are defined by their confession of the confessions, believe that repentance is a necessary part of salvation and the Christian life.

The Moral, Christian Right Is Not Evangelicalism

Yet again, words mean something and have definite meanings. Conservative, moral, Fundamentalist Christians aren’t necessarily Evangelicals. While they may share some of the same political convictions, Evangelicals, like Presbyterians, are narrowly defined.

Evangelicals are the theological heirs of the great Protestant reformers, Martin Luther and John Calvin.

Evangelicals, shaped by the Gospel in their varying denominational expressions, confess the Bible as the only inspired, inerrant, and authoritative written Word of God, the divinity of Jesus, justification by faith alone, the necessity of the New Birth in order to believe, the centrality of the local church in the life of the believer, and the importance of sharing our faith.

With this definition, not all conservative, Protestant churches are necessarily Evangelical churches.

Not to call the genuineness of Dr. Carson’s faith, or to question his salvation, but Seventh Day Adventist churches hold very differing beliefs from historic, orthodox Christianity, many of which are border-line heretical and certainly not confessional or creedal.

If we were to define our terms correctly, a true Presbyterian would be the Evangelical in a room with Seventh Day Adventists. Donald Trump is certainly a poor example of Presbyterianism, and (respectfully) Dr. Ben Carson is certainly not an Evangelical.