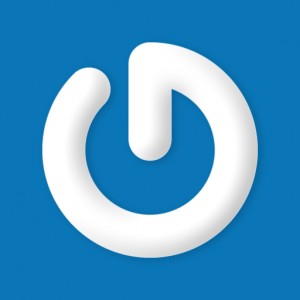 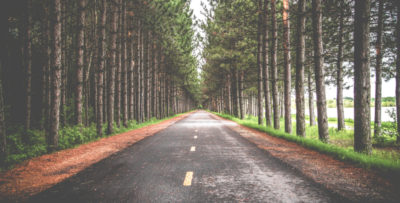 If there was ever a man to narrate Paul’s Damascus Road encounter with Christ,  singer-songwriter and Christian Johnny Cash could ably fill your ears with the opening chords of his cover of the traditional folk song, “God’s Gonna Cut You Down.”

Yet if anyone knew about what comes after judgment, it would be the deceased Mr. Cash. Cash, like the Apostle Paul drank deeply from the inexhaustible well of God’s grace, having battled an addiction to amphetamines and navigated through seasons of doubt and fervor in his faith.

And what cut the former persecutor Saul down? Not the sword or a plague, but the blinding glory of Christ and a simple question: “Saul, Saul, why do you persecute me?” From then on, he could no longer escape his calling. Saul became Paul, as well as a zealot of a different kind—a zealot who proclaimed the Good News knowing what he would suffer.

Paul is known for his epistles and for logging thousands upon thousands of miles on missionary ventures to plant churches, yet it’s his prior history that offers a profund glimpse at God’s grace.

Before the Damascus road, Saul, according to Acts 8:3, “made havoc of the church, entering every house, and dragging off men and women, committing them to prison.” Later in Acts 9:1-2, Saul, “still breathing threats and murder against the disciples of the Lord, went to the high priest and asked letters  from him to the synagogues of Damascus, so that if he found any who were of the Way, whether men or women, he might bring them bound to Jerusalem.”

Saul was no waffling unbeliever; he was the militant wing of the Sanhedrin and chief priests, conducting an unholy war to put the apostles and their fellow believers either behind bars or beneath the ground.

In short, Paul’s skeletons must have been catcalling him from his closet by the time he visited Ananias and received his ministerial commission. While Luke does not give much indication of Paul’s internal dialogue, one must think that his mind wandered to all those believers whom he had dragged out of their homes and tossed into prison.

Most of them most likely were still languishing in prison even after Paul was baptized and received the Holy Spirit, since a right to trial by jury was still thousands of years away. Did the guilt pierce Paul’s heart? How was he able to preach the Gospel after standing over Stephen bloodied body?

And now we come to that inexhaustible well of God’s grace. If there was anyone who should have tested the threshold, it was Saul. But there was nor is no threshold, and that’s what mesmerizes every believer both now and forever.

The grace that God lavished upon Paul confounded his contemporaries too: the chief priests, the Jews, and even fellow believers like Ananias. Ananias even petitioned God, wondering if He had missed the mark. Luke writes in Acts 9:13-14, “Then Ananias answered, ‘Lord, I have heard from nay about this man, how much harm he has done to Your saints in Jerusalem. And here he has authority from the chief priests to bind all who call on Your name.’”

But God provided His answer in Acts 9:15-16, “But the Lord said to him, ‘Go, for he is a chosen vessel of Mine to bear My name before Gentiles, kings, and the children of Israel. For I will show him how many things he must suffer for My name’s sake.’”

God’s grace is not like car insurance, where one’s coverage often predicates itself upon the circumstances of the crash. Rather, it covers all sins, all the time.

Burying Your Skeletons at the Cross

So Paul had his skeletons, but God’s redemption and recreation of his life and calling proclaims the finality of Christ’s blood and resurrection.

Some of you may have a calling as well that you’ve been avoiding because you believe the skeletons in your closet have condemned you to the grave. I know a few of mine are rattling in my head as I write this piece.

Mr. Cash knew a few things about the Apostle Paul too, having written a novel called The Man in White, which chronicled his early persecution and subsequent ministry. It turns out we all have skeletons. From a venerate apostle, to an American music legend, they all pull us into a grave of guilt.

Yet we have been baptized into Christ’s death and God has us up with Jesus, who is seated at the right hand of the Father’s throne. That means there’s no more neglecting your calling and believing in Satan’s lies behind those skeletons.

If that’s where you are today, read or listen to these lyrics by the late Mr. Cash from his cover of another folk song “Ain’t No Grave.”

There ain’t no grave can hold my body down

There ain’t no grave can hold my body down

Ain’t no grave can hold my body down

While Paul and Johnny have completed their race and departed. We still have ours to run. And take it from the stories of both men—don’t let the skeletons hold you down.

Kevin Cochrane is an author and copywriter. He's also an avid hockey fan, runner, and reader of military history. Follow him on Twitter @kev_cochrane  to receive the latest updates on his posts.
All Posts