What Makes Christianity The Only True Religion? 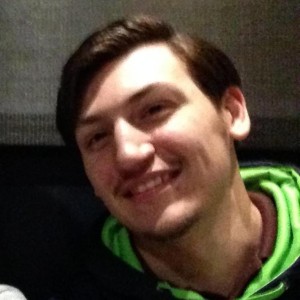 Christianity could easily and undoubtedly be called the only “one true religion.” Here are just a few simple ways to know and communicate why this is. 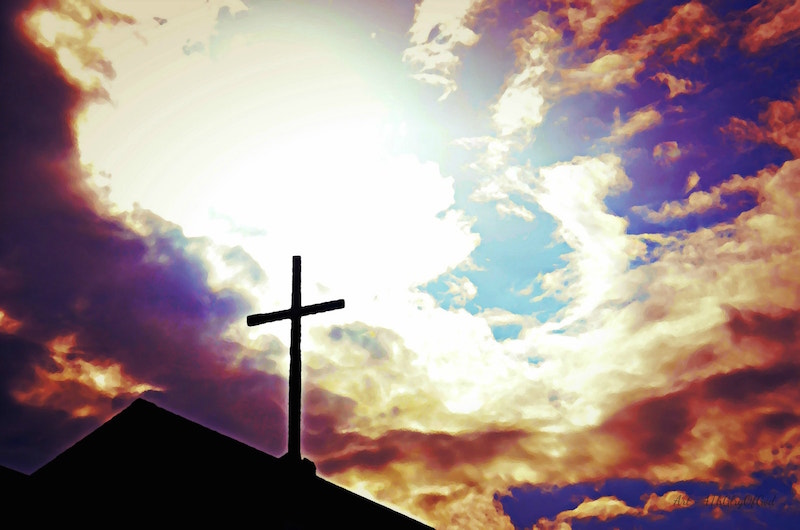 How is Christianity different from all other religions?

If you are a Christian, a true “blood-bought” disciple of the Son of Man, I’d hope you already know the answer to the question above. There are many valid ways of differentiating Christianity from every other religion on the planet. Here’s a couple your your consideration: 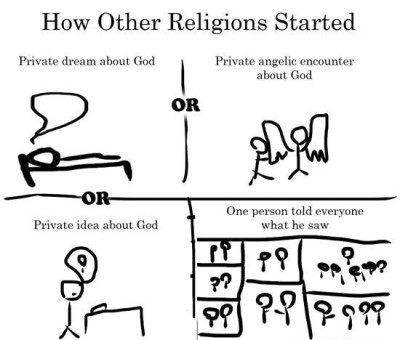 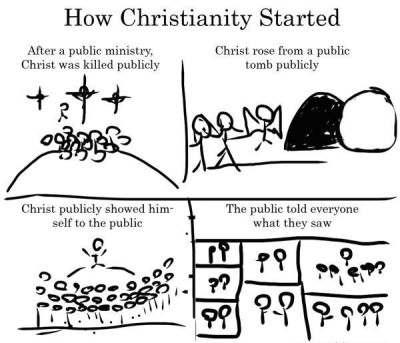 In any legal proceeding the quantity and quality of the eyewitnesses are paramount to determining truth. Any judge would be extremely skeptical of a case with only one witness; should not we expect God, the author of justice, to collaborate his Word across many people and multiple generations, so that the Message is undeniably clear. Indeed he has! Hopefully this is something to keep in your back pocket, as you take the Gospel of the Kingdom to the lost wherever you are and to furthest corners of the earth.

“For such are false apostles, deceitful workers, masquerading as apostles of Christ. And no wonder! For Satan himself masquerades as an angel of light.” (2 Corinthians 11:13-14)

Do you find it surprising that Mormons and Muslims have such similar origins stories? I don’t.

In all the history of the world Jesus, emerges as the only “expected” person. No one was looking for such a person as Julius Caesar, or Napoleon, or Washington, or Lincoln to appear at the time and place that they did appear. No other person has had his course foretold or his work laid out for him centuries before he was born. But the coming of the Messiah had been predicted for centuries. In fact, the first promise of His coming was given to Adam and Eve soon after their fall into sin. As time went on, various details concerning His Person and Work were revealed through the prophets; and at the time Jesus was born there was a general expectation through the Jewish world that the Messiah was soon to appear, even the manner of His birth and the town in which it would occur having been clearly indicated. – Loraine Boettner, “Studies In Theology”

Prophecy is a distinct characteristic of our Bible.

There are numerous ways to count the prophecies continued therein: the Encyclopedia of Biblical Prophecy lists 1,239 prophecies in the Old Testament and 578 prophecies in the New Testament, (a total of 1,817), encompassing 8,352 verses, while creationist and astronomer Dr. Hugh Ross, founder of Reasons To Believe, claims the Bible contains about 2500 prophecies, of which approximately 2000 have already been fulfilled to the letter and 500 which clearly remain in the future.

No other religion or holy book can claim so many true predictions over such an expansive time frame, all with 100% accuracy.

Ross calculates that the odds for all these prophecies having been fulfilled by chance and error-free remains less than one in 10 to the 2000th power.

Phew! Believe me, its not an accident.

The Signature of God

What would you say if I told you that God Himself signed the New Testament, to prove beyond all doubt, that He Authored it through the Person of the Holy Spirit?

You may think that would be pretty cool, or perhaps its impossible. Well, its true; yes, it really is in there.

Let me explain… you have probably noticed that certain numbers are repeated over and over in scripture, one of which is the number 7, which constantly connotes completeness or divine perfection. How many days in Creation Week (and every week thereafter)? On which one did God rest? How many colors are in the rainbow of God’s Promise? How many letters to how many Churches in Revelation? I could go on…

English is a very fluid language; it can be fudged and bent and contorted, something poets have been taking advantage of for years. Greek, on the other hand, is a very rigid language; there is only one precise way to say exactly what you mean. When studying the Greek NT in 1890, Dr. Ivan Panin (1855 – 1942) discovered significant heptadic structures throughout the NT.

One significant example is found in Mark 16:9-20, Mark’s account of the Resurrection. Some texts argue for the removal of this passage, leaving the Apostles bewildered and confused, but that’s a topic for another day. When one analyzes the words and characters found this is what you find:

Panin discovered dozens of similar structures in the passage, the genealogy in Matthew 1 and others like it. Similarly, the number of words unique to each Gospel account – as well as the number of words they all have in common – are both multiples of 7.

Pretty cool, huh? God’s Word is true and He left us with no doubt that everything He said will come to pass, just as He promised.

Even with these astounding facts and points here, we’ve barely scratched the surface of all the proof that exists in the world on Christianity – the one true religion.

What other facts, interesting arguments, and apologetics do you know of? Please share in the comments below!

I've been a slave to Righteousness since the age of 17, when Jesus finally got my attention and pulled me out of this "Matrix dreamworld." I'm currently trying to pursue Men of God wherever I can find them. I'm also an avid athlete, college grad, entrepreneur, and real estate professional.
All Posts