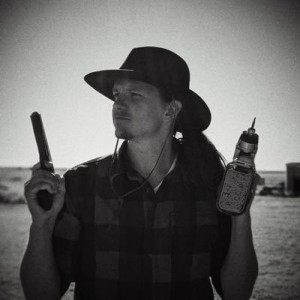 No matter when you read this, and no matter what you believe, let’s take a minute to pretend that Christmas just happened. Not necessarily the just holiday as we know it now, but, more so, the actual event it’s supposed to celebrate — the birth of Jesus, the son of God.

Now let’s assume we both know all the Biblical, historical, scientific and everything-else-ical evidences for this occasion (they’re all concrete, but this isn’t the time to dive into them). Upon knowing these, we undoubtedly believe what God has recorded for us in his eternal word is what happened.

And what happened is… strange!

That is, “when the fullness of time had come, God sent forth his Son, born of woman, born under the law, to redeem those who were under the law, so that we might receive adoption as sons.” (Gal 4:4-5)

In other words, Jesus, the creator of you, me, and everything, set aside his godly position and became a helpless, squealing, needy baby.

He grew up into a limited, common, and still-needy man.

Authoritative King Of Everything

We call Jesus, “the Christ”, which is now more like a name than a title. “Christ” comes from “christos”, the Greek word meaning “anointed”. “Christos” was the Biblical New Testament’s translation of the Hebrew word, “Messiah”.

The “Messiah” was the Biblical Old Testament’s prophesied savior of God’s people — a ruler to make all things right in the world for those who follow the one true God.

The entire Old Testament points to this messiah. Thousands of years of history, people’s entire lives, all centered around this concept of a mighty, savior-king. The majority of Jews believed this Messiah would be a persuasive and powerful ruler. A powerful king like the ancient Israelite kingdoms had known, only, even greater!

This messiah-christ anointed-one had some major work to accomplish — to fulfill God’s holy law and defeat all of his enemies, restoring all of creation and people to rightful, peaceful order.

Average Or Less, In Every Way… Except What Counts

So then… A squealing baby? A common man?

Even if you’ve grown up hearing this, doesn’t this still make you say, “Yeah, whaaat? This ultimate authority figure was birthed in lowly circumstances with no strategic position given or to be gained!?”

It gets even more strange if you meditate on all this.

Jesus, was “born of a woman”. Obviously, this means he didn’t descend out of the clouds like a god-man would maybe be expected to. It wasn’t a majestic scene. Rather, he became the most vulnerable and helpless he could and took on exactly what each of us must endure. It was dirty and lowly — and his birth more so than most! (Luke 2:7)

Jesus, the Christ, God himself, had to grow up! He had to learn to feed himself and to wipe his own butt. To relate to people and to repair broken things. He had to gain knowledge, mature, and grow in wisdom. (Luke 2:52)

He was born into a poor, hard-working, common family. No status. No wealth.

This is the “anointed one”?

A Rather Unusual (And Offensive) Anointing

Yeah, about that anointing…

So who anointed Jesus?

In a society that had grown increasingly limiting and rather degrading to women, a “sinful”, common woman anointed the king of the universe. She was most likely a prostitute; not a rich, upstanding, respected wife of a ruler or anything of the sort. (Luke 7:36-50)

This was one of many drastic testimonies to Jesus’s overflowing love and security rooted in God alone.

Everything about the way Jesus came to earth and began his saving reign and redemption of man was a counter-cultural, counter-intuitive, and counter-man-like testament to what true authority is and how it is gained.

We as men, even as “men of God”, are prone to think of authority in terms of power, prestige, capabilities and such.

We may not always show this in the typical “might makes right” ways of force and infliction. For some it may be power of intellect, power of skills and abilities, power of willpower, discipline, and accomplishments, or even the power of bank accounts.

Jesus didn’t gain his authority through any of these means.

Jesus gained his authority by embodying the deepest principles of everything we long for as humans, and everything God wants for his people. Jesus lived out everything he expects of his followers, and modeled everything his kingdom would consist of. He became everything that is his father’s character, from beginning to end — birth to death. (Philippians 2:3-11)

He modeled a life above and beyond reproach in every way, from beginning to end.

Rather than a life spent strategizing how to gain positional authority, he lived a simple life of transparency, selflessness, wisdom, love, and above all, dependence and obedience to God the Father.

He was totally secure in his relationship to God, his ultimate identity, and it made it possible for God to pour through him powerfully despite any prestigious life circumstances to be leveraged.

Fear Of Man Or Fear Of God

One way of living strives to gain a fragile and temporary authority based on strategic calculations and fear of man — a status you must take for yourself or try till you fail in despair.

Another way of living gains unshakeable and eternal authority based on trust and fear of God — a status the all-powerful King grants to those who take on the likeness of him and one you cannot fail in, as its power neither come from you nor can be taken from you.

I have spent much of my life, consciously or not, trying to achieve authority through ways that ultimately boil down to having, or wanting others to have, “fear of man”.

Relax And Be Satisfied With What God Bestows

How much more relaxing and valuable to say, “I am under the authority of a king who embodied the most needy version of our form and put himself at the mercy of people who hated him. Yet he lived it so perfectly, humbly, and dependently in step with God, that God bestowed all authority on him. Since that’s my king and authority, that’s the kind of life I will emulate, and authority I will possess, or none at all.”

Meditating on this is remarkably challenging for me!

We’re in a world that praises our name quickly and worships man fervently. It’s easier than ever to “make a name for myself.” It’s enticing.

Yet, it’s also encouraging to remember the way my Christ lived and has called me to live and relaxing to reject this make-a-name-for-myself way of thinking.

Let’s humble ourselves, love sacrificially, and seek hard after Jesus rather than fame and acknowledgement for ourselves. Then, God’s character and, thus, his authority, will channel through us. It’s greater and more helpful for everyone than any authority we could hope to gain on our own!

In whatever way God uses us as we channel his authority, no matter what that looks like to fellow man, we can be sure it will bring us the greatest, most lasting satisfaction we could hope for.

Partaker of grace with all I need for today. Wielder of both swords and trowels. Husband. Father. Rancher. Renovator. Real Estate Investor. Communicator. Webpreneur. Head steward of TheMajestysMen.com and the HNR.GD Network. A once-and-future pastor currently building an anti-fragile foundation through study, entrepreneurship, and community. Catch me anywhere online @rileyadamvoth.
All Posts

The Great Reset Is Happening. No, Not That One; The TMM One