A Journey To Calvinism & Free E-Book, Interview With David Qaoud 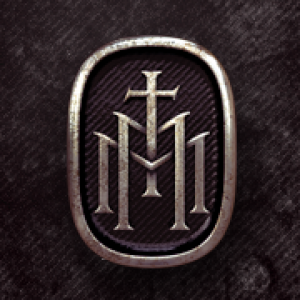 Our community member, Reece Edwards, recently had a chance to ask a friend and brother of faith, David Qaoud, a few questions about his life and personal journey into his theological views, and in particular, about his work on a free book he’s put together called “6 Things You Didn’t Know About John Calvin“.

We love interviewing fellow brothers, our friends and mentors, here, and we’ll be doing much more of these in the future! So please give us feedback and ask any questions for David, or the topics Reece and David cover, in the comments below! 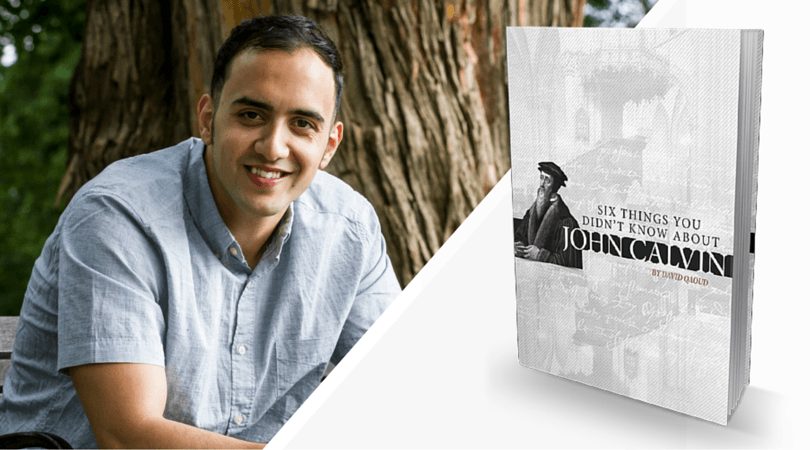 Our Interview With David Qaoud

The Majesty’s Men:
Tell us about yourself — a brief introduction of your life, involvement in your local church, your job(s), school, any organizations you have worked with, etc. We’ll have you elaborate on your role in the church later, but you can elaborate on the rest.

David Qaoud:
I’m a writer, blogger and, most importantly, follower of Jesus Christ. I live in Saint Louis, Missouri where I work full-time in accounting for a private lighting company. I graduated from Northwest Missouri State University with a B.S. in Business Management and Marketing, though I may not maximize the full worth of my degrees as I sense a call from God to pastoral ministry.

I’ve been featured in The Gospel Coalition and For The Church, amongst other sites, and my primary time spent online is for @JohnCalvinDaily and my home site, Gospel Relevance — a blog that receives upwards to 10,000 views per month.

The Majesty’s Men:
Tell us about what lead you to reformed theology and especially the inspiration/reason for writing an e-book on Calvin.

David Qaoud:
Funny story: I was in Chicago one summer serving a church, where one day I overheard two guys discussing Calvinism versus Arminianism at a festival. I had no idea what they were talking about. At the time, I was a Christian for six years, but never once heard anything about Reformed theology. After eavesdropping on their conversation, I became eager — anxious, even — because I realized for the first time in my life that I didn’t have a solid theological foundation. I didn’t know what I believed and this bothered me.

At the end of the summer I went back home and eventually back to college where I voraciously read everything I could about theology. And that’s where my convictions and conscience quickly led me to a belief in the “doctrines of grace”.

I’ve also been immensely helped by the ministries of Mark Driscoll (yeah, I know), John Piper, and Tim Keller. To this day, I look back on how it happened and I’m amazed at God’s hand in the most seemingly mundane things of life. You can’t make stuff like that up.

In the end, Calvin gets too much praise from his fans, and too much criticism from his foes. In the light of the misunderstanding from both sides, I wrote the free e-book to help clear (a few) things up.

The second reason I wrote the book is to encourage Christians to spend more time reading Calvin. It’s my experience that most Christians never read Calvin, with some never even hearing about him. If this is you, you’re missing out. His famous work, Institutes of the Christian Religion, is simply a classic.

His writings are so beautiful, his mind so brilliant, his life so intriguing — ah, I just wanted to put together a resource that gives Christians a desire to read him more. That’s all.

The Majesty’s Men:
It is widely known that there has been a resurgence of sorts in the arena of reformed theology (particularly among young men). What are key reasons for this, and what do you think young American evangelicals find appealing in the thoughts and theology of men such as Calvin and the reformers?

David Qaoud:
That’s a great question, Reece. But I don’t think I can fully answer here. Mark Dever has a great piece titled, Where’d All These Calvinist Come From? that provides excellent insights to your question. Suffice is to say, however, while the resurgence is new, Reformed theology is not, for Calvinism is as old as the Scriptures.

As for the second part, I love that young, Reformed evangelicals read the Reformers. It’s awesome!

I recently heard J.I. Packer say, “Read two old books for every new one.” I’ve thought more about that as I consider what books to read.

When you reflect on the lives of the Reformers and Puritans, they lived in a day with far fewer resources, but also with far fewer distractions. Could it be that we have more information, but they had more wisdom? I don’t know. But I do know young people are starving for truth, and there’s a long list of classics that are found when reading the dead guys.

The Majesty’s Men:
How do you aspire to be used by God in the local church, and how are you preparing for this?

David Qaoud:
I don’t want to do anything God is not calling me to. But I believe he is calling me to full-time ministry as an elder and pastor. I’m a member of Jubilee Church here in Saint Louis, where I get to preach from time-to-time, lead a small group, and serve in many other capacities. I’m already doing stuff. But I’m still very much in a “preparation season.”

There’s a lot of obvious answers on my preparation like practicing the spiritual disciplines, serving the church, meeting with my elders, etc. That’s obvious.

But one thing that’s a little less obvious is learning how to follow. I have to know how to follow before I can lead. This is hard. It stings at times because the Lord exposes my impatience and hyper-critical spirit. I’m a work in progress. Through this process, though, Jesus is teaching me that obscurity does not mean failure, and prominence does not mean significance. He’ll raise me up in due time, on his time, if he wants to.

This also means for me that I’ll pursue formal theological education. I plan on getting my M.Div soon. Might also do a Ph.D in Systematic Theology in the future, but not sure. Nevertheless, I have an insatiable desire for learning and sense this is where God is leading me.

The Majesty’s Men:
What books are you currently reading? Plus, what are some of your favorites and why?

David Qaoud:
I just finished Randy Alcorn’s excellent book, Happiness. I’m now reading Everyone’s A Theologian  by R.C. Sproul, Do More Better  by Tim Challies, and have been flirting here and there with Wayne Grudem’s magnum opus, Systematic Theology (which I hear he’s revising and updating!).

There’s little I love more than reading. I aim for 1-4 hours a day. I thrive off of intellectual stimulation, and it is the primary way I meet with God.

Some of my favorites? Ah, man. That’s like asking a kid for his favorite candy – it’s hard to choose. But If I had to narrow it down, I’d say R.C. Sproul’s The Holiness of God, and Paul Miller’s A Praying Life have done the most for me. And, of course, Calvin’s Institutes. His chapter on God’s Providence changed my life. Oh, and also everything Tim Keller has ever written. I love that guy.

The Majesty’s Men:
Any New Year resolutions or goals for 2016?

David Qaoud:
“New Year’s Resolutions are for people who weren’t awesome the year before,” says Jared C. Wilson. So I’ll leave on that note. 🙂

Get David Qaoud’s E-Book For Free:

If you want to read up some more on the amazing life and mind of the historical giant, John Calvin, be sure to grab David’s e-book for free by clicking this button to hope over and download it!

Get The Free Book: “6 Things You Didn’t Know About John Calvin”

Thank you, David, and keep up the Good work, brother!