God Does Not Abandon 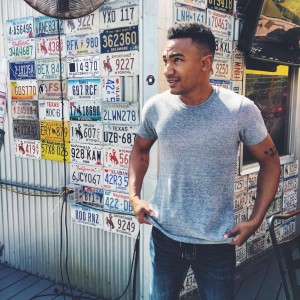 My drive back to Columbus from Atlanta was long, deep, and somber. It was a drive that typically takes an an hour and a half and somehow, today, felt like a lifetime. But it was all the time that I needed.

A few weeks ago my uncle died. It was tragic and sudden and without warning. Since his death, my life, it seems, has felt like it has caved in on me. I became incredibly busy at work, at home, even in my own leisure time. I became frantic in trying to figure out how I would fly three hours to the Caribbean where his funeral would be held. I’d been put in charge of finding and booking flights for my family. This was a long process because they’d all be flying from different places. There was a ton to coordinate. But I did it. I finally figured out the plan.

Then, the funeral date changed.

It was back on the phone with Delta Airlines– with American, to find the best possible solutions to changing flights without having to pay the outrageous change fees. Some were unavoidable. Eventually, after several nights of phone calls to my family, the airlines, travel agents, I did it again. I got everyone booked including myself.

Then, I noticed, I need a passport.

So it was back on the phone, this time with the State Department and Delta, to figure out what my options were. There was only one. I had to drive up to Atlanta to apply for a Passport and pay the extra outrageous fees to obtain an expedited Passport. So I did. I drove up. I had all of my paperwork filled out. I even took a great picture at the local CVS to be used as my passport photo. I turned everything in and was told to come back after two. So I did. And I waited to be called.

Then, they were closing.

My Passport application was still processing and therefore could not be printed before they kicked me out of the building. So I was told to come back on Monday. The agony. The torture. I would spend all weekend praying to God, asking him to give me favor. I was praying that everything would work out and that when I returned to Atlanta, my shiny new passport would be ready!

Then, the weekend came and went and it was Monday.

I drove again to Atlanta in the hopes to pick up my processed passport. I waited in the lobby to be called to the counter for 3 hours. I was starving, having only eaten a boiled egg earlier that morning. Time ran slow. I wrote some emails. Checked Twitter. And people watched.

I jumped up, excited, hopeful. Certainly God heard my prayers. I walked up to the counter only to hear “We’re so sorry but your application is still in process…” I couldn’t believe it. My flight was departing in less than 24 hours. I was sad. I was angry.

I smiled and said “ok” and walked back to my car.

How could God not answer my prayer? How could He not show favor? He knew what was at stake. He knew how I felt. It didn’t go to plan. How could he abandon me like this in this moment after all I have been through concerning the funeral?

My drive back to Columbus, where I live, was long. I had wrestled with God down the highway. It was just God and I. He knew I was mad. He knew I was upset. He knew because I told him. He let me throw a temper tantrum aimed at him.

In that moment I realized, I am not abandoned in my situations even when it feels that way. I may never know why I endured what I endured. I may never understand what this little issue had to do with the grand scheme of things. But I do know that He thinks about me and he cares about me. He does not leave us out on the limb alone.

It’s hard to trust him sometimes, if I’m going to be honest. But trusting him has never led me astray!

Have you ever had a moment where you’ve felt abandoned?

I help young dreamers like you execute their passions. Made of coffee, style & intrigue, I'm the artisan of #bracketyourlife + Blogger + Comms Director.
All Posts