I have dealt with more convictional insecurities in the last year than I can remember dealing with in any previous part of my life.

This unbiblical and dangerous standard over the last few years has taken it’s toll on me. Even though we have made our exit from said church, I continually sense a conflict in myself every time I hear or read something that doesn’t align with biblical teaching as I understand it or when I witness someone acting or speaking in such a way that doesn’t align with Godly character as I understand it.

“Who am I to say anything. Do I even have anything to say?”

Because, those are the big key words aren’t they? “As I understand it.”

Though I don’t believe the church culture I was a part of was healthy and good, I do believe God is never one to miss an opportunity for redeeming and developing circumstances and his children in them. One of the areas I’m certain God has been up to this is in my participation and views on social media.

Despite the reality that social media has long been a major tool for how I earn my living, I question the use of it more than ever. More specifically, I’m questioning the way Christians are using it.

As all are well aware of, social media is increasingly enabling people to behave and speak in ways that we have never been able to before as common man. No, I don’t just mean with convenience and constancy, I also mean with confrontation and condescension.

Every “passerby” is a potential foe like never before, and largely due to the fact that we rarely have to truly face these foes. We’re allowed a sense of distance and perceived anonymity while simultaneously receiving praises from strangers who think they agree with us for the moment.

Yet, as Christians, we know the deepest truth is simply that we, as mankind, are evil and wicked beings in need of redemption. Even as redeemed children of God the sin resides in our flesh — and we’re often too slow to heed the Spirit and too quick to heed the flesh.

As it is written:

“None is righteous, no, not one;
no one understands;
no one seeks for God.
All have turned aside; together they have become worthless;
no one does good,
not even one.”
“Their throat is an open grave;
they use their tongues to deceive.”
“The venom of asps is under their lips.”
“Their mouth is full of curses and bitterness.”
“Their feet are swift to shed blood;
in their paths are ruin and misery,
and the way of peace they have not known.”
“There is no fear of God before their eyes.”
– Romans 3:10-18

This is the truth and we all witness it daily across every social media channel. Social media is putting a megaphone to the wicked hearts and mouths (Luke 6:45) of those around us, and too often to our own untrusting, unfaithful, and unsanctified parts of our own hearts.

I Wish I Had More Answers, But I Do Have Ideas

I have countless tweets and posts of which I would be ashamed of today. I wish I had the wisdom and self control to have handled myself better. Yet for the last year my involvement in the online bickering and debates has continually decreased. Again, many reasons for this — some for insecurities as stated previously and some for more noble purposes as God has been gracing me with the space to observe and consider, even if caused by insecurities.

I’ve witnessed young men and women publicly attack older, loving, faithful, long-serving men and women of the faith and their teaching. I’ve seen the Southern Baptist Convention (SBC), the denomination I have been a part of my whole life, enter a season of turmoil in relation to sexuality, race, abuse, and more, and thus I’ve seen Christians bicker about all the above, often tearing one another down specifically, and often constructing straw-men to tear down to, I don’t know, appear to defeat something/someone I suppose.

Possibly the saddest yet, it has appeared to me that many go looking for arguments to jump into and have a say in even if the argument is amongst complete strangers with circumstances, teachings, and people little known and far-removed.

I don’t have much figured out. I wish I had more answers. But, I have a few observations and ideas developing from things I’ve observed. At least these would be good for me to work on. Maybe they’ll help you too.

1. We speak too quickly (especially when feeling insulted) and when we do, we don’t offer healing. We need to do a better job asking/considering what would heal and offering it to one another as we can.

16 The vexation of a fool is known at once,
but the prudent ignores an insult.
17 Whoever speaks the truth gives honest evidence,
but a false witness utters deceit.
18 There is one whose rash words are like sword thrusts,
but the tongue of the wise brings healing.
– Proverbs 12:16-18

16 The sluggard is wiser in his own eyes
than seven men who can answer sensibly.
17 Whoever meddles in a quarrel not his own
is like one who takes a passing dog by the ears.
18 Like a madman who throws fire brands, arrows, and death
19 is the man who deceives his neighbor
and says, “I am only joking!”
20 For lack of wood the fire goes out,
and where there is no whisperer, quarreling ceases.
21 As charcoal to hot embers and wood to fire,
so is a quarrelsome man for kindling strife.
– Proverbs 26:16-21

3. We have to stop “only joking” when in fact we’re being quite serious in an effort to inflate ourselves at the expense of others.

Don’t be a “madman throwing arrows and death” with gifs, biting words and such. Sarcasm and humor and biting remarks online are powerful, sure. They’re a powerful way to destroy your witness as well. While someone might think we’re clever and witty, why would any lost person think we’re safe and credible people to trust with the complex and scary innermost dealings of their soul.

(Read the above passage again. And again…)

Super Bonus: Face-To-Face Your Life As Much As Possible!

We need to do things face to face whenever possible, AND IT’S ALMOST ALWAYS POSSIBLE! If you come to a confrontation with a person online and you can’t sit down with them in person, get on a Google Hangouts or FaceTime with the brother or sister and even invite a few others for a graceful conversation for the sake of clarity, truth, and family — God’s family.

I’m convinced one of the greatest reasons social media bickering happens the way it does is because we’re not truly in it to care at all, but, like stated previously, we’re in it to hopefully inflate our own self worth in the eyes of others. Otherwise, I think the care would manifest itself quickly in ways it usually does not. I think we would follow the lead of the apostle John and more often say,

“Though I have much to write to you, I would rather not use paper and ink (*or a keyboard). Instead I hope to come to you and talk face to face, so that our joy may be complete.” – 2 John 12

This has been a slow development in me as I have, for many years, said there is little difference in means of communication and we shouldn’t fuss too much over the methods used but rather simply take truth and information where and how we can get it done. Yet, I’ve always somewhat known I’m fighting against what is true in regards to that.

In this last year I read 2 John and stumbled across John’s closing statement again and was reminded and convicted of what is true. There is a spiritual, God-designed, joy-completing reality with no substitute in the face-to-face speaking.

Along with the insights above, I have begun to practice this more whenever possible and my conviction deepens with each passing day. 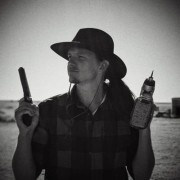 Previous Post: « Nothing Goes As Planned… And That’s Okay
Next Post: I Aim To Help Lead A Church That Gives As Much As It Spends On Itself » 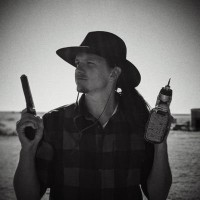