One of the hidden blessings of the stay-at-home orders and the disruption of our everyday lives as a result of the onset of COVID-19 has been a greater focus on the local church and a heightened understanding of the necessity to have a biblical ecclesiology. However, one particular area of ecclesiology that remains underdeveloped among many local churches is the ordinance of the Lord’s Supper.

As Americans, we often assume that our freedom to exercise our faith will always be protected by our Constitutional rights. In many ways, we are often unable to relate to the biblical call to suffer well in the face of persecution. For many of us, persecution for Christians is just something that happens in other […]

While in many ways it has felt like an eternity, I still find it remarkable that we are quickly approaching the one-year mark from my first Sunday as a senior pastor. Of course, this year has been unforgettable—and historic—for all of us in so many ways. But in particular, this year has been one of […]

We often forget that the Bible is one cohesive story. But from Genesis to Revelation, Scripture tells the story of redemption with a central focus on God’s work in saving sinners. The story begins with God’s perfect creation in Genesis 1–2, when he creates the heavens and the earth. His creation is beautiful and wonderful. […]

Four years ago, we experienced what was the most bizarre and tense and tumultuous political season in recent American history. Yet somehow, as a result of a number of unique factors, the 2020 election season has seemed to top it. For the past seven months, every single day has been filled with chaos and division […]

One of the most noticeable developments within the church in recent days shows up at the beginning of each sermon I preach when I invite the congregation to turn with me to a particular passage of Scripture. At that moment, a growing number of congregants reach into their pockets to grab their smartphone. Some don’t […]

For it has been granted to you that for the sake of Christ you should not only believe in him but also suffer for his sake. – Philippians 1:29 Sadly, a great number of American churches reflect the culture of the world around them. Certainly, many faithful congregations continue to take seriously their calling to […]

A few months ago, seemingly out of nowhere, the entire world stopped when the pandemic of COVID-19 exploded in countries all over the earth. The first few days were bizarre. Driving down the street and seeing no one out, not being able to go to a restaurant or to church or to do any shopping. […]

Only one week before Easter, Palm Sunday is a day marked with anticipation. The Passover celebration was only a few days away. Hundreds of thousands of Jews were making the pilgrimage to Jerusalem. And one traveler – Jesus of Nazareth – was coming to the holy city to declare his rightful place as king. To […]

My call to pastoral ministry was clear. No doubt about it, God had been preparing me and calling me to shepherd the flock. To preach the Word. I had yielded to the call nearly a decade ago and been preparing for the task my entire life. In God’s providence, I was called to enter the […]

JESUS IS KING Kanye West has been a symbol of the sin culture of 21st century America. His name is often associated with the vain idols of our day, including money, sex, drugs, fashion, and a relentless pursuit of fame. His entire career has been built on music which has served as a mouthpiece for […]

I see it every Sunday morning, and have for a long time. The sanctuary is filled with eager worshipers. Instruments cover the stage. The well-rehearsed choir smiles with anticipation. The music leader claps his hands and invites the congregation to stand and sing praises to our King together. The energy in the room increases. The […] 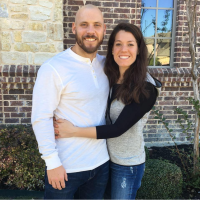