There are two angels standing on the shoulders of America at the moment, and they’re both devils. On one side (I won’t specify right or left, since both of these come straight from the left in reality) we have the political woke, and on the other, an idol carved into the image of a man in blackface.

The political woke has bowed the knee to the graven image, and presented to it, all the authority that had once come from check-marks on the ballot. In other words, the government is so white-guilty that many of our elected officials and apparatchik politicians get on their knees to beg for forgiveness from no corporate or national entity whatever, but rather, the “collective” of black Americans whose sins have been covered up by their skin color. This is what I mean by “a man in blackface” above. But skin is not a good coverup for the condition of the heart, since only man looks on the outward appearance, while God looks in and through the melanin to see, only what He can know fully, and that is the human heart: “The heart is deceitful above all else and is desperately wicked, who can know it?” (Jeremiah 17:9). The rhetorical answer: only God.

The Thing We Can See

While it does take the mind of God to reveal the heart of man, it doesn’t take much to see what’s going on in the current sociopolitical climate. From the standpoint of unbelief, White wokes have commandeered white guilt as a way of dissociating from actual culpability in historical or perpetual racism. The more they plead guilty, the more they cash in their claims of culpability for moral authority. The black wokes can’t see it, but they’re being played. Neo-Marxist racism has redefined racism as it was–prejudice isolated in the hearts of individuals who judged based on the color of the skin rather than on character–to a new form that has expanded its reach to the very bedrock institutions that uphold our nation. The moral authority was allowed to shift over to the “oppressed” minorities for a time, while the idea of systemic and sociological racism sank in deep. We are now seeing the outworking of this power struggle, as unbelieving whites attempt to regain the moral authority in the sociological playground by pleading guilty on bended knee, dissociating from any actual culpability with each and every interaction with blacks, or grandstanding and virtue signaling via social media.

What’s next? Restructuring of the so-called “racist” institutions. Not by the blacks, browns, yellows, and reds, but by the same white folks who took a knee and accepted their coronation as the white saviors of the institutionalized white supremacy (I’m looking at you, Joe Biden).

Aside from the jagged-edged satire poking Black Lives Matter and the woke gospel in the ribs, the sections above do have a point: the point of a spearhead. In Numbers 25, we see the people of Israel play the harlot with the gods of Moab. If it wasn’t for Phinehas, the wrath of God may have consumed the whole of Israel. Phinehas took the two guilty parties and ran them through with a spear, together. The plague on Israel was quenched by a man with a jealous heart for God’s people, and for God Himself. If bowing to powder-faced sinners and putting your faith in the woke gospel instead of the Lord Jesus isn’t bowing to the gods of the nations, then Phinehas has some explaining to do; and if it is, run them through, together. 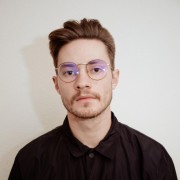 Hi TMM fam, I'm Derek Ball, a husband, layman, and generalist. I currently live in Central Washington with my wife Willow. I read and write profusely, and when I'm not running my fingers over a keyboard or skimming through a book, I'm dabbling in other skills like coding, marketing, and photography. Willow and I are, Lord willing, planning to help start and teach at a classical K-8 school through our church in the fall. I'm a Post-millenial, Preterist, Presbyterian, Presuppositional Theonomist, and if it comes out in my blogs, well... Deal with it.

This Is Yet Another Customizable Widget Area!

Email subscription box? Announcement? New book? New project? Embed or link it here! This area allows you to drop in any number of useful bits you might want a reader to come across at the bottom of your stellar content!

You Could Even Just do More Social Icons Of Yours If You Want, Like So: 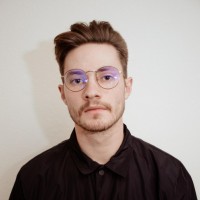 Hi TMM fam, I'm Derek Ball, a husband, layman, and generalist. I currently live in Central Washington with my wife Willow. I read and write profusely, and when I'm not running my fingers over a keyboard or skimming through a book, I'm dabbling in other skills like coding, marketing, and photography. Willow and I are, Lord willing, planning to help start and teach at a classical K-8 school through our church in the fall. I'm a Post-millenial, Preterist, Presbyterian, Presuppositional Theonomist, and if it comes out in my blogs, well... Deal with it. Learn More About Derek And This Site

Consider this site a blank canvas, and one that could be your blank canvas! We've kept this demo very basic so that you can see what it could look like without anything hindering your imagination. We'll continue to develop this, along with many more versions of the themes. If you want to get involved with our network, hop over the Join page and get signed up!

This footer area can hold all sorts of widgets and basically anything you want it to. Images, text, custom menus, social icons, links, and even sliders. Many possibilities here and we're making even more!

%d bloggers like this:
This site uses "cookies" to provide the best experience possible. If you continue to use this site, you agree to legally being a normal person who enjoys a few good cookies.ACCEPT