Pastor Gabe
There Are No Pro-Life Evangelicals for Biden

At the end of the weekend, Joe Biden, the Democrat nominee for President, participated in a town hall in which he was asked, “What are your plans to protect women’s reproductive rights in the U.S.?” Biden replied, “To pass legislation making Roe the law of the land.”

As President, Biden would do everything in his power to make abortion-on-demand federal law, preventing even the states from making the murder of unborn children illegal. Furthermore, Biden has said he would overturn the Hyde Amendment, forcing Americans to fund abortions using your tax dollars. This has been the Democrat party position since 2016.

Biden’s comment came days after a statement was published entitled We Are Pro-Life Evangelicals for Biden, one of the most oxymoronic headlines I have read. Abortion is the greatest human rights crisis ever—the number 1 killer of human beings over all other causes of death combined. How can anyone call themselves pro-life and vote for the party of priests who sacrifice thousands of children to the pagan god Molech every day?

Deuteronomy 18:10 says, “There shall not be found among you anyone who burns his son or his daughter as an offering.” That’s exactly what abortion is—sacrificing a baby on the altar of the sexual revolution. The Lord said in Leviticus 20:4-5 that if anyone closes their eyes to the one who sacrifices children and won’t do anything about it, “I will set my face against that man and against his clan and will cut them off from among their people, him and all who follow him in whoring after Molech.”

Yet this statement, also an article for The Christian Post, wants to persuade “pro-life evangelicals to vote for Joe Biden.” This is not merely a story about a bunch of guys who say, “Go Biden—but we’re still Christians!” Their objective is specifically to get Christians to vote for the party which upholds as a foundational value the murder of unborn children, something Speaker of the House Nancy Pelosi has even called “sacred ground.”

Who are these supposed pro-life evangelines? Says the article, “The signers include John Huffman, board chair emeritus of Christianity Today; Richard Foster, best-selling author of Celebration of Discipline; Jerushah Duford, Billy Graham’s granddaughter; Brenda Salter McNeil, author, speaker, and long-time I VCF leader; John Perkins, founder of the Christian Community Development Association; the two authors of this piece [Ronald Sider and Richard Mouw], and a number of former presidents of evangelical universities.”

Take a wild guess as to what those names have in common. I’ll give you a hint: it’s not being conservative. Richard Foster is pro-LGBTQ; so is Jerushah Duford, who has mocked her uncle Franklin Graham for not hiring homosexuals at Samaritan’s Purse. Brenda Salter McNeil is egalitarian and enthusiastically pro-LGBTQ, even praising what Black Lives Matter does for the “LGBTQ community.” Ron Sider and Richard Mouw say they are not for gay “marriage,” but they are for gay “rights” (giving special privileges for Sodom, I guess).

In short, most of these signers are liberals and not biblically orthodox Christians (when you browse their theology, the results are just as bad). They are ridiculously confused at best and desperately lost at worse.

Unborn children are human beings made in the image of God. When God said, “You shall not murder” (Exodus 20:13), He also meant children in the womb. Exodus 21:22-23 says, “When men strive together and hit a pregnant woman, so that her children come out… if there is harm, then you shall pay life for life.” Justice for the murder of an unborn child is the same as justice for the murder of an adult. The Bible says the life of an unborn child has just as much value as yours and mine.

Writing on this passage in Exodus, John Calvin said, “The unborn, though enclosed in the womb of his mother, is already a human being, and it is an almost monstrous crime to rob it of life which it has not yet begun to enjoy. If it seems more horrible to kill a man in his own house than in a field, because a man’s house is his most secure place of refuge, it ought surely to be deemed more atrocious to destroy the unborn in the womb before it has come to light.”

In the second century, Tertullian wrote, “For us, murder is once for all forbidden; so even the child in the womb, while yet the mother’s blood is still being drawn on to form the human being, it is not lawful for us to destroy. To forbid birth is only quicker murder. It makes no difference whether one take away the life once born or destroy it as it comes to birth. He is a man who is to be a man, the fruit is always present in the seed.”

Have these “pro-life evangelicals for Biden” forgotten what abortion is? Abortion is the barbaric murder of children, ripping them apart limb from limb with forceps. Some are burned alive via chemical abortion. Others are decapitated or their spinal cords snipped with scissors. Do they need to see the images again to be reminded what the slaughter of these children looks like?

Once you’ve seen the pictures of children mutilated by abortion, in the words of abolitionist William Wilberforce, “You may choose to look the other way, but you can never say again that you did not know.”

How is voting for Joe Biden a “consistent” pro-life ethic? Consistent by what standard?

The signers attempt to explain by saying, “Poverty, lack of health coverage, racism, and climate change are also pro-life issues.”

Okay, then where’s the charity and health coverage for an unborn child whose mother is sitting in an abortion clinic? The most racist, most white supremacist organization in the country is Planned Parenthood, and Joe Biden wants to fund it with your tax dollars. Climate change is as much a pro-life issue as unicorns goring leprechauns.

How can a Christian vote Democrat and not betray the faith? How can anyone vote Democrat and think they can be pro-life? I hope these “pro-life evangelicals for Biden” hear the conviction of the Holy Spirit of God and repent. Do not be led astray by their lies. God is making a mockery of them in that immediately after they published their statement, Biden came out and declared that he will make the right to an abortion a federal law.

God hates abortion. Psalm 5:6 says, “The Lord abhors the bloodthirsty and deceitful man,” and Proverbs 6:17 says that He hates “hands that shed innocent blood.” God will judge the abortionist and the one who aborts, if they do not repent.

But Jesus Christ died on the cross and shed His blood even for the sin of murdering a child. Whoever confesses their sin before God and believes in Jesus, He will forgive you of your sin and cleanse you from all unrighteousness. If you have had an abortion, or you got a woman pregnant who had an abortion (you are complicit as well), I urge you to turn to Christ. Do it now before the judgment of God falls on you. Share this good news of God’s grace and mercy with others. It will save someone’s life. 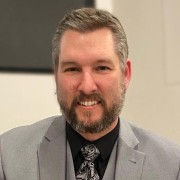