A video was posted yesterday in which Benny Hinn—the famed prosperity preacher and faith healing hack—seemingly repents of his prosperity preaching. In the video (which you can view here), Hinn says the following:

“I will tell you now something that I think is going to shock you. I think it’s an offense to the Lord—it’s an offense to say, ‘Give a thousand dollars.’ I think it’s offense to the Holy Spirit to place a price on the gospel. I’m done with it. I will never again ask you to give a thousand or whatever amounts because I think the Holy Ghost is just fed up with it. Are you—Did you hear me? I think that hurts the gospel. So I’m making this statement for the first time in my life, and frankly I don’t care what people think about me no more.”

He then asks his audience, “Am I shocking you?” and says, “Let’s have a high-five on that one!” and he starts high-fiving members of his audience. Near the conclusion, he says:

“Do not be fooled,” said Justin Peters. “This is not repentance.” Justin has spent decades exposing these prosperity pontiffs, and he’s absolutely right—we have no reason to believe that Benny Hinn understands his sin, nor has he turned from it. He’s spinning around on TV handing out high-fives when he should be doubled over in mourning and giving away his wealth. “For Benny Hinn to repent,” Justin went on to say, “he would need to empty his coffers, give every cent he has to good ministries, shut his ministry down, confess to his lies and false prophecies, join a sound church, and never preach again.”

Brandon Kimber is the creator of the documentary American Gospel: Christ Alone, which, among other things, exposes the false teaching of prosperity theology. On his Facebook, Kimber pointed out that just today, Benny was still on television asking his viewers to “sow a seed” (that’s prosperity preacher speak for “give money”) and send it to the address on the screen. He even gave an amount: “I’m asking you to send $120” because “the number 120 is the number of deliverance and liberty.” Is this what repentance looks like?

How Uncle Benny Conned His Way to Millions

Benny Hinn is one of the richest preachers on the planet, listed as being worth $42 million. He has done his traveling on a Gulfstream IV private jet (average cost of ownership: $36 million). He has stayed in some of the nicest hotels on earth, paying as much as $25,000 per night. His apparel is from from Versace, Gucci, and Bijan, and he drives around in Bentleys, Rolls-Royces, and Maseratis. Where did Benny Hinn get all that money? By conning people into believing they could be healthy and wealthy if they’d just give their money to him (though he sold it as giving their money to God).

Costi Hinn, Benny’s nephew, wrote about growing up a Hinn in God, Greed, and the (Prosperity) Gospel. He said, “My uncle taught us that if we wanted God to do something for us, we needed to do something for him. This applied to everything—especially miracles. Whenever possible, Benny would preach to the masses that if they wanted a miracle for their sickness and disease, they needed to give money to God. No money? No miracle! Giving to God was the secret to unlocking your dreams. It was the secret to job promotions. It was access to our divine bank account” (pg. 46).

Costi talked about a crusade they did in Mumbai, India. About 120 billboards with Benny Hinn’s picture had been posted all over the city promoting the “Pray for India Rally.” Some estimated as many as 4 million people attended the rally over several days. Mumbai has about 18 million people. That means nearly 20 percent of Mumbai’s population were at Benny’s crusade, many of whom, Costi said, “were the most desperate of the desperate” (pg. 74).

“There, in a dark corner of Mumbai, I came face to face with a kind of despair I had never seen before,” Costi wrote. “Leaving the ivory tower left me confused. From the gold palace in Dubai, to the crowd of sick and diseased people. My heart still races describing it. We were supposed to heal these poor souls Why weren’t they being healed? These children were supposed to grow up healthy, wealthy, and full of joy. Why couldn’t we just help them all right now? That’s what we promised, but not what we delivered.”

And that’s just one example. Costi wrote about service after service where people were promised miracles, and received nothing. “One Sunday during a healing service, we declared everyone healed, even though half of the people were still sick when they left… At another service, people were being ripped out of wheelchairs left and right and barely limping across the stage. An elderly woman winced in pain as she was forced to wlak in front of the crowd and told, ‘Just move your legs in faith! Don’t limit God with your unbelief! He is healing you right now!’ She was still in her wheelchair the next time I saw her.”

Costi used to a be a catcher for his uncle. That meant when Benny did his “miracle working” (you’ve probably seen the videos of him waving his Nehru jacket around) and people fell over backwards, Costi was one of the persons assigned to catch them so they wouldn’t hurt themselves more than they already were (if they were truly sick at all). This was all the power of suggestion. It was a gag. No one was ever truly healed. But they truly paid real money.

To make a long story shorter, the Holy Spirit of God continued to work on Costi’s heart. He became convinced that what he was doing was evil. He repented of all of it, came to believe the true gospel rather than the prosperity gospel, and he left his family fortune. My wife and I had the chance to talk about it with him last year on our podcast. You can click here to listen to the interview. I highly recommend you pick up the book I mentioned earlier: God, Greed, and the (Prosperity) Gospel. I’d also invite you to check out the documentary American Gospel: Christ Alone, in which Costi and many others share their stories of being won out of prosperity theology, by the grace of God.

The Truth is Found in Christ Alone

The Bible says that we are saved by grace through faith and not of works (Ephesians 2:8-9). To the Romans, Paul wrote, “Now to the one who works, his wages are not counted as a gift but as his due. And to the one who does not work but believes in Him who justifies the ungodly, his faith is counted as righteousness, just as David also speaks fo the blessing of the one to whom God counts righteousness apart from works: ‘Blessed are those whose lawless deeds are forgiven, and whose sins are covered; blessed is the man against whom the Lord will not count his sin” (Romans 4:4-8).

God has not promised that on this side of heaven, you will be healed of all your infirmities and diseases. What he has promised is that your sins will be forgiven by faith in Jesus Christ—because of what He has done for you, not because of what you have done. Jesus died on the cross for your sins, He rose again from the grave, and He is seated at the right hand of the throne of God, interceding for His people on our behalf. By faith in Christ alone, you will no longer be under God’s wrath for your sins against Him, but He will shower you with His love, a love “that surpasses knowledge, that you may be filled with all the fullness of God” (Ephesians 3:19).

All who are in Christ Jesus have been made fellow heirs of His kingdom (Titus 3:5-7). On the day when you die, if you have died in faith, you will receive the kingdom of God. There He will “wipe away every tear from their eyes, and death shall be no more, neither shall there be mourning, nor crying, nor pain anymore, for the former things have passed away.” That passage goes on to say, “But as for the cowardly, the faithless, the detestable, as for murderers, the sexually immoral, sorcerers, idolaters, and all liars, their portion will be in the lake that burns with fire and sulfur, which is the second death” (Revelation 21:4, 8).

Pray for Uncle Benny and Those He Has Harmed

Benny Hinn still sits in the lap of luxury, and we must pray for his true repentance. He still profits from the lies of his past and present. Pray also for those he has harmed and continues to lead astray. It costs him nothing to get on TV and say, “It’s an offense to the Lord to say, ‘Give a thousand dollars.'” Even that’s a lie. There’s nothing wrong with someone saying, “Help our ministry by making a donation.” The Apostle Paul told the church in Corinth to give to help the ministry to the saints. He thanked the Philippians for giving to his ministry in Rome. What is evil is to say, “Give to receive a miracle.” That’s what Benny did, and that’s what he’s still doing. He has yet to consider the cost of repentance.

When Jesus came and ate at the house of Zacchaeus, the dishonest tax collector, Zacchaeus repented of his dishonesty and showed the fruit of repentance. He said, “Behold, Lord, the half of my goods I give to the poor. And if I have defrauded anyone of anything, I restore it fourfold.” Jesus replied, “Today, salvation has come to this house, since he also is a son of Abraham. For the Son of Man came to seek and to save the lost” (Luke 19:8-9).

That’s the kind of repentance we should be looking for from a false prophet like Benny Hinn—not high fives and hand-shakes for those he continues to fool. Do not be deceived, brethren. I want Benny to repent as much as anyone, but this isn’t the first time he’s done this (listen to the interview with Costi I linked to above). Remorse is not repentance. Something must change. All of us must heed the word of God in James 4:10, which says, “Humble yourselves before the Lord, and He will exalt you.” 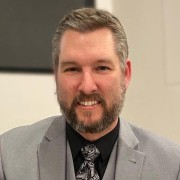 Gabe is pastor at First Baptist Church in Lindale, TX. Prior to becoming a pastor, he was in radio for 22 years, most of that time in Christian radio. Gabe is also the voice of When We Understand the Text, an online Bible ministry with hundreds of videos that have been viewed tens of millions of times worldwide. Find these videos as well as his daily Bible-teaching podcast at wwutt.com.

Previous Post: « Why Tullian Tchividjian is Permanently Disqualified
Next Post: Once Again, Critiquing the Most Popular Praise and Worship Songs » 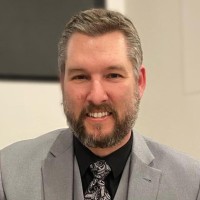