There once was a guitar. This guitar was brand new; it had a maple neck, a spruce top, and no imperfections. It had one purpose, one reason for existing. That reason was to hit me dead in the center of my chest. Its mission was to bury its now broken body directly into the center of my heart. It was delivered in such a way to shout at my soul. It had one message to breathe into me. It was there to bellow one simple truth. That truth was this; I had never really lived.

That’s a tremendously strange message to collect while somewhat drunk and hunched over a toilet seat in the middle of Djibouti Africa. Prior to this moment, it had seemed to me that I was doing nothing but living. I was thousands of miles from home with a psychological operations unit in support of Operation Enduring Freedom after many years of playing punk rock music on the road. I was a world traveler. I was wild. I “lived” life. Even so, something was telling me, despite my assumptions, that life was a mammoth band’s triple-platinum record and I hadn’t experienced a note of its first song.

I was a slave, a slave to the “freedoms” I had worked so hard to indulge in all the years of my youth. A freedom that bound me in more chains than the life my family tried to inject into me since the day I was born. Out of these chains birthed a nasty cancer that infected every situation, every decision, and every relationship I had ever been apart of.

“How did this behavior become this acceptable to me?” I thought to myself as I kneeled humbly in position looking into the toilet water, “How did I become this person?” I was in pure disgust with myself. I needed a Savior more than I needed my next breath of air. A truer thought had never penetrated my soul so deeply. I couldn’t breathe. The Holy Spirit was destroying me with divine haymakers and our gracious God had me pinned against the wall like he was Brock Lesnar. At that moment I did exactly what any man with half a brain would do; I tapped out.

*Commercial Break:* Now I’m not one for the cliché. I have never been and I probably never will be. I know every Christian on the face of the planet has a “testimony” and to be honest, theirs is probably far more inspiring than mine, and that’s great. With that being said, I must confess, I hate listening to most people’s testimonies, mainly because they wind up sounding more like biographies than anything else.. You know what I am into though? I’m into talking about Jesus!  To put it another way, I’m not into hearing the extravagant and miraculous stories of how individuals pulled themselves out of a foxhole in the middle of “World War Me” by the heel of their Vans classics; I’m into hearing about how God violently and lovingly reached down through his son Jesus Christ and dramatically transformed their lives forever. It’s all about Jesus. It’s always been, and it will always be about Jesus.

*Back to Regular Programming:* It was there in that poor nauseating excuse for a restroom God reached down and saved me ( I didn’t “ accept Jesus into my heart” but rather, he demolished the barricade I had built up over the years, and unapologetically I might add). I was stooped in a defeated, yet awe-stricken posture, praying and begging for his help. I surrendered. I knew that apart from him I’d never undo the hell I had made of myself. He had me right where he wanted me. Checkmate.

From that very second on, I was no longer defined by “what I had become” or “who I was”, but what Jesus did for me nailed to a piece of wood over two thousand years ago. He was bloodied, beaten, and broken. He was humiliated, hungry, and hated. He was made to look a fool as spectators spit on him, cursed his name, and laughed as he died.

Our eternal, transcendent, holy, and personal God himself came on a rescue mission as the God-man Jesus to die as a substitute for sinners. He lived the life we could not live, he died the death we should have died and on the third day, kicked open the tomb and conquered triumphantly over Satan, sin, death, and hell. He is now alive ruling and reigning in heaven and will be back again – resurrecting the repentant, and crushing the unrepentant. And while he eagerly awaits for all enemies to be made a footstool for his feet,  he sends his Spirit to convict his people of their sin, turning their darkened hearts and lives toward him.

Why has God taken all of this on? Because he is good, and he is gracious, and he delights in saving sinners. Sinners like you and me; un, ill, and hell-deserving “children of wrath”. He did this ALL for his glory and for our good. The Bible says He did this in love before the world’s foundation. He did this to give alien righteousness to the inexcusable. He also did this so that we, those who hope in his powerful name, could begin to live free. Free from the chains of “freedom”. He did this so that we could really live. And the Bible simply calls this Grace. Pure, unmerited, unadulterated grace. It’s mind-blowing, isn’t it? I’ll go ahead and answer for you; yes, yes it is. That’s why this message is called the gospel, that is, the good news. Brandon Scalf is the Pastor of Preaching at Cruciform Bible Church, President of Cruciform Media, and a Graduate of Midwestern Baptist Theological Seminary.

Previous Post: « Cheap Grace: Bonhoeffer and The Cost of Discipleship
Next Post: God’s Under-shepherd’s Need a Heart-Shattering and Sober Understanding of Sin » 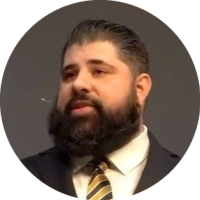 Brandon Scalf is the Pastor of Preaching at Cruciform Bible Church, President of Cruciform Media, and a Graduate of Midwestern Baptist Theological Seminary. Read More >> 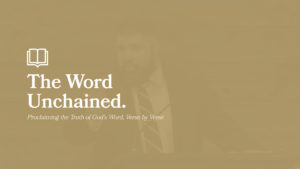 Fill out the form below if you would like to get sermons, articles, and more sent directly to your inbox. 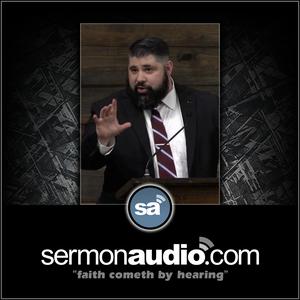 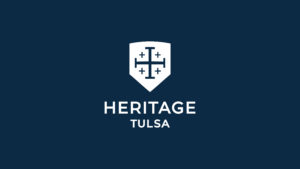