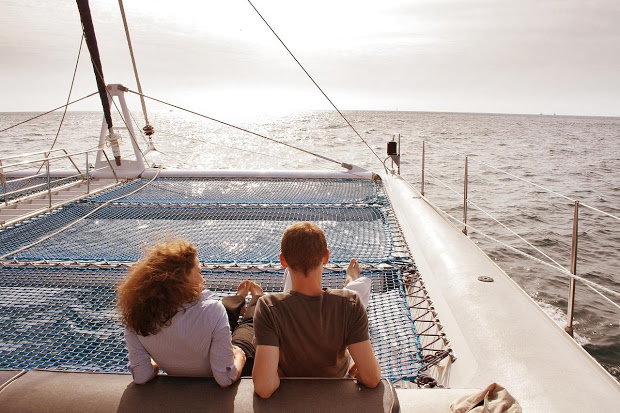 One of my country music songs is by an artist named Craig Morgan entitled, “That’s what I love about Sunday.” It’s a an old twangy number about getting ready for church, singing Amazing Grace, cutting out coupons, taking naps in porch swings, and fishing with a cane pole. While there’s little to no theology in the song, it’s a very Americanized reminder of why this country, the whole country, loves Sunday. You don’t have to profess Christ to love the first day of the week. But you probably have to be a Christian in order to know why the Sabbath is on Sunday. God rested from His work on the seventh day. However Sunday is the first day of the week. Why is that? The answer to this question has influenced calendars, “blue laws,” and whole denominations. It’s even come up during this year’s American Presidential race. Brain surgeon and former Republican candidate Ben Carson belongs to the Seventh-Day Adventist Church, a denomination that maintains the continued moral obligation of the Ten Commandments in the Christian life. Including the Sabbath…

Exodus 20:8-11: “Remember the Sabbath day, to keep it holy. Six days you shall labor, and do all your work, but the seventh day is a Sabbath to the Lord your God. On it you shall not do any work, you, or your son, or your daughter, your male servant, or your female servant, or your livestock, or the sojourner who is within your gates. For in six days the Lord made heaven and earth, the sea, and all that is in them, and rested on the seventh day. Therefore the Lord blessed the Sabbath day and made it holy.”

What’s clear from Exodus 20 is that the observance of the Jewish Sabbath was grounded in Genesis. And to the nation of Israel, God’s 7th-day rest from his work was to serve as a paradigm. Church father Augustine of Hippo, for example, insisted that the “days” of creation weren’t necessarily 24-hour periods because their importance was found primarily in their serving as a general model for the Jewish workweek. As Yahweh rested on the seventh day, so did His people. According to Ben Carson, that parallel continues for Christians too. And this is why the candidate for President worships on the seventh day of the week: Saturday. On the other hand, almost every other Protestant denomination observes the Sabbath on Sunday. Why is that? Has the parallel with Genesis somehow been abolished? Reformer John Calvin, for example, didn’t root the Sabbath in creation. (Gaffin, Calvin and the Sabbath) For him, the weekly day of rest was not instituted in the Garden of Eden, but was rather peculiar to Israel and Israel alone at Sinai. Calvin himself was famous for the amount of liberty he placed on Sabbath observance. According to French historian Francois Guizot, Calvin anticipated a certain play in Geneva so auspiciously that he not only attended, but also deferred his sermon so that all could attend! Another account describes an instance when John Knox visited Calvin on Sunday, only to find him playing a game of bowls! So with this much Sabbath freedom in the Protestant tradition, why don’t more people worship on Saturday? The following are three reasons why we’ve grown up going to church on Sunday, the first day of the week. For pastors, an important way to re-focus and re-invigorate our worship during Sabbath observance is to start with the when.

The change from the seventh day to the first day of the week has its inauguration in the resurrection of Christ: “Now after the Sabbath, toward the dawn of the first day of the week, Mary Magdalene and the other Mary went to see the tomb.” (Matthew 28:1) That Sunday, as well as the next Sunday, He met with His disciples. (John 20:28) Subsequent to the resurrection, the Spirit of Christ was poured out upon His church on Pentecost: a Sunday. (Acts 2:1) From then on, the first day of the week became known as “the Lord’s Day.” (Rev. 1:10) Thus the book of Acts indicates that this is when the church gathered to break bread. (Acts 20:7) According to this apostolic tradition Paul also instructs the Corinthians to collect their donations to the Jerusalem saints “on the first day of every week.” (1 Corinthians 16:2) Therefore the day to celebrate our Lord’s resurrection isn’t simply on Easter. It’s each Sunday! The Christian Sabbath is the day of Christ’s resurrection. In his First Apology, Justin Martyr explains, “Sunday is the day on which we all hold our common assembly, because it is the first day on which God made the world and Jesus our Savior on the same day rose from the dead.” Hence the Christian Sabbath isn’t just about rest. It’s also about reflecting upon the finished and unfinished work of Christ.

The Westminster Confession of Faith 21.7 describes the Sabbath as  “kept holy unto the Lord, when men, after a due preparing of their hearts, and ordering of their common affairs beforehand, do not only observe an holy rest, all the day, from their own works, words, and thoughts about their worldly employments and recreations, but also are taken up, the whole time, in the public and private exercises of his worship, and in the duties of necessity and mercy.” Sunday is about rest. (Heb. 4) But it’s also about worship. (Acts 2) Christian spirituality and Christian Sabbath are inextricable in light of the work of Christ. In Him, God has made and remade. Nothing was created without Him and no one is recreated without Him. (John 1:3, 14:6) This is why we observe the Sabbath on the first day of the week: to honor Christ as risen. Whereas the Jewish Sabbath commemorated only the beginning of the world, the Christian Sabbath honors the beginning of God’s new creation in Christ. The first day emphasizes this dual creation theme. From the Fall of the first Adam, humanity has come to completion in the second. This continuity between the first creation and the second has been attacked by multiple heresies throughout the history of the church. (e.g., Gnosticism, Marcionism) Even Augustine, influenced by Neo-Platonism and Manichaeism, carried a heavy aesthetic bent. However, the Sabbath stands as a recognition of God’s seamless plan of redemption from the very beginning. God’s original creation was good, and by the power of the resurrection we have the hope of a new heavens and new earth! (Gen. 1:10, 2 Peter. 3:13) Sabbath rest is about worship of what God has done in Christ. Then and now.

J.I. Packer, in his Quest for Godliness, attributes the Puritans as those who “created the English Christian Sunday.” (235) For these heirs of the Reformation, piety and Christian maturity were dependent upon proper observance of the Sabbath. Sabbatarianism was so strong amongst English Protestants that the day became known as marctura animae, or the market day of the soul, nourished by the Word. According to William Perkins, “We must learn to sanctify the Sabbath of the Lord, for else we shall never increase in faith, knowledge, or obedience as we should.” This strain of obedience was so endemic, and its anticipatory hope so strong, that Michael A.G. Haykin observes, “The bulk of the Puritans maintained that one of the aspects of the coming of the new covenant was the transformation of Sunday into the Sabbath.” The Sunday Sabbath is one of the last remnants of what Mark Noll calls the American “Puritan canopy.” Thus despite the fact that Sundays are becoming more synonymous with the NFL than with congregational worship, we still live in a generation that faintly remembers the holiness with which the first day of the week was handled. Therefore, In order to demonstrate proper Sabbath worship and rest, and to navigate our churches between licentiousness and extreme Sabbatarianism, a proper understanding of when we worship should be restored.