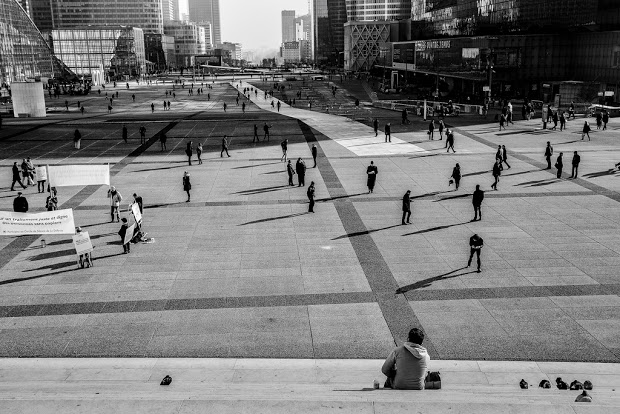 Love God and love people. Across America, thousands of churches have drafted their mission statements after this old adage. And it’s not just sage advice. It’s Scriptural. Christ identifies the greatest and second greatest commandments as loving God and loving neighbor. (Matt. 22:37-39) Love God…then love neighbor. We can’t truly love our neighbor until we unite ourselves with Love Himself, the God of the cross. But Christians can unknowingly invert the order of those decrees. Love of neighbor can often become a church’s first great commandment. Between the Civil War and World War I, a movement known as ‘the social gospel’ began to do exactly that. And a century after the Great Depression crushed its romantic spirit, we can still find its remnants in the modern church.

The term ‘social gospel’ didn’t come into common use until after 1900, but it began far earlier in the industrialization of America. At that time, the movement was simply known as ‘social Christianity.’ The social gospel in America was a part of a growing concern for worsening social conditions. Unequal distribution of wealth, staggering poverty, and rising social injustices brought many to fear the evils of Mammon. This ‘social gospel’ wasn’t opposed to capitalism per se, but rather the social evils of capitalistic industrialization.

In 1886, a young Baptist by the name of Walter Rauschenbusch accepted his first pastorate in New York City, in an economically depressed area known as Hell’s Kitchen. There he witnessed unemployment, poverty, poor housing, malnutrition, disease, and crime on a level unprecedented in American history. And New York wasn’t the only city to experience the vices of rapid urbanization. As a result, according to Reinhold Niebuhr, Rauschenbusch was to become the “most brilliant and generally satisfying exponent” of social Christianity. His Christianity and the Social Crisis (1907) achieved unexpected popularity and helped fuel the peak of the social gospel movement in the first two decades of the twentieth century. One such reader was Dr. Martin Luther King, Jr., who provides a good sense of Rauschenbusch’s brand of humanitarian religion:

(Christianity and the Social Crisis) left an indelible imprint on my thinking. Of course there were points at which I differed with Rauschenbusch. I felt that he had fallen victim to the nineteenth-century ‘cult of inevitable progress,’ which led him to an unwarranted optimism concerning human nature. Moreover, he came perilously close to identifying the kingdom of God with a particular social and economic system – a temptation which the church should never give in to. But in spite of these short-comings Rauschenbusch gave to American Protestantism a sense of social responsibility that it should never lose. (“Pilgrimage to Nonviolence,” The Christian Century)

Rev. King is wise to acknowledge what Rauschenbusch gets right: Christianity has a social responsibility as well as a spiritual one. Prophets like Amos and Isaiah announced the need for public justice among God’s people, and men like Washington Gladden (often described as ‘the father of the social gospel’) were engaging in liberal apologetics to accomplish the social cause of Christ. In their minds, defense of the gospel began with its central, unifying theme: the kingdom of God. In fact it was Rauschenbusch’s primary hermeneutic:

One can’t help but agree with Dr. King after reading Rauschenbusch: his utopian model for the kingdom of God was almost exclusively social and economic. When the German prayed “thy kingdom come, thy will be done, on earth as it is in heaven,” (Matt. 6:10) he envisioned social reform in a new society. A society of solidarity and community. “The kingdom of God, my friend, is a social conception.” (The Kingdom of God) ‘Social Christianity’, or the Kingdom of God movement, found its identity not by hopefully enduring a harmful culture, but by seeking to socially overhaul that culture. The Kingdom was to be found primarily in the changing social fabric of America. Unlike the intensely social ethics of John Wesley (who once described love of neighbor as “the one perfect good”), the German did not hold to the possibility of sinless perfection in this life. However, both ‘evangelicals’ distanced themselves from the Calvinist doctrine of total depravity. Rauschenbusch saw the rebirth more in terms of moral advancement rather than pure spiritual re-creation.

According to Sydney Ahlstrom, “The Social Gospel was a form of millennial thought; yet it was also an authentic ‘gospel’ bringing good tidings of great joy to the people.” (A Religious History of the American People) This is precisely where the social gospel departs from Christian charity and indulges self-idolatry. Dr. King was correct when he observed that Rauschenbusch held an “unwarranted optimism concerning human nature.” His lofty estimation of humanity replaces divine transcendence. To Rauschenbusch, God doesn’t work from outside of history but rather inside of it, essentially handing off the fate of the country to those charged with its renewal. His eschatology is less apocalyptic and more idealistic. Man achieves his own reign, rather than waiting for God to usher in His. Likewise, Rauschenbusch’s definition of sin is as diminished as his view of God. Instead of willful rebellion against a cosmic King, sin becomes selfish ignorance or social oppression.

For this reason, Sydney Ahlstrom can also deem the Social Gospel a “submovement within religious liberalism.” No longer does humanity’s hope for change come from the power of the cross. It now comes from the renewed cultural environment that shapes man’s inner quality. Man no longer looks to Christ principally as Savior, but as political and economic advisor for an enhanced social community. Christianity is slowly replaced with Utopianism. Rauschenbusch’s evolution of American cultural progress borrows from Darwin and stops just short of Marx. If Max Weber is correct in locating the seeds of capitalism in Calvinist-Puritan individual work ethic (The Protestant Ethic and the Spirit of Capitalism), then Rauschenbusch is the response to capitalistic greed stripped of its Christian foundation.

While we should admire and commend Walter Rauschenbusch for his defense against the social injustices of his era, we should also be quick to decry his inversion of the greatest commandments. Love of God comes before love of neighbor. That means theology belongs in churches. That means bible studies are as important as volunteer hours. That means feeding the poor is secondary to feeding their souls. That means the Gospel of Jesus Christ is foundational to every church endeavour. Rauschenbusch was right: the Kingdom of God is at hand. And we locate that Kingdom by the way we love one another. But we don’t bring the Kingdom by transforming the social fabric of our society. Christ brings His Kingdom through the joyful suffering of His people in the same hostile society that nailed Him to the cross. In the end, our striving to transform this world should never outweigh our hope for the next.

« The Protestant Conscience
Ambiguous Faith: The Legacy of Alexander Campbell »