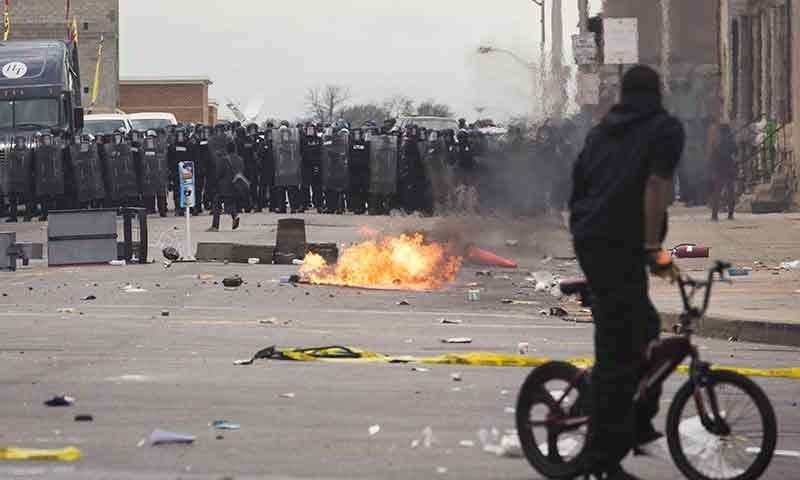 And you will hear of wars and rumors of wars. See that you are not alarmed, for this must take place, but the end is not yet. For nation will rise against nation, and kingdom against kingdom, and there will be famines and earthquakes in various places. All these are but the beginning of birth pains. Then they will deliver you up to tribulation and put you to death, and you will be hated by all nations for my name’s sake. And then many will fall away and betray one another and hate one another. And many false prophets will arise and lead many astray. And because lawlessness will be increased, the love of many will grow cold. But the one who endures to the end will be saved. –Matthew 24:6-13

On a day like today, it’s almost like Christ was reading the front page headlines. Thousands killed in an earthquake in Nepal. Violence and lawlessness in Baltimore. Thousands of Christians hating other Christians as the Supreme Court hears opening arguments in the case for same-sex marriage. As much as I loathe hearing apocalyptic preachers who claim ‘we’re living in the end of the end,’ I’m tempted to believe them on a week like this. For all I still don’t understand, I do know this: whatever ‘birth pains’ are, they hurt.

Today I had lunch at a diner in Central, Louisiana. One of those all-American diners. The kind with Brooks & Dunn on the radio. The kind where the sign is literally red, white, and blue. Not long after sitting down, a 93-year-old man came and stopped at my table to talk to a preacher about what he saw on the television. Before I could open my mouth to greet the fellow Kentuckian, he pointed to the American flag on the wall and said sternly, “The owner put that out there this morning because of what’s going on in Baltimore. We got people stomping on the flag. If they don’t like this country, I say they all leave. They have absolutely no respect.” I didn’t say anything. I just nodded my head and looked down at my boots. After all, this old Marine wasn’t alone. After the carnage we witnessed yesterday, it’s perfectly natural to be angry on a day like today. So I just listened. And twenty minutes later, I’m not sure I even got a word in.

Patriotism is an unmistakable thing when you see it. But it’s also a peculiar thing. Without Christ, it’s just one more form of tribalism in the world. And that’s why it’s important to really listen to someone when they start talking about their country. If you listen carefully, you can sometimes hear people collapse Christianity and patriotism into one. And that can be dangerous. Especially on a week like this one. After twenty minutes, I realized something about this old man’s monologue: I didn’t hear Christ in any of it. Not even a mention. And I finally realized why: Jesus predicted events like Baltimore…and He also predicted events like this lunch conversation. “And because lawlessness will be increased, the love of many will grow cold.” (Matt. 24:12) Christ prophesied angry Americans in the streets of Baltimore and angry Americans watching from home. Love lost. And the scary part is this: when it comes to a sinful heart, Christ doesn’t distinguish between black and white. For every racist hoodlum hurling a rock at a cop on CNN, I count dozens hurled back on social media and in disgraceful diner conversations. Christianity isn’t patriotism. And it’s time we stop mistaking our love of country and our political party for the work of the Holy Spirit. Essential are the lawmakers. But blessed are the peacemakers.

Despite the delay in action, the Baltimore mayor and Maryland governor have done well to institute a curfew tonight. And my prayer is that justice will be restored and lives will be spared from senseless brutality. But let’s not miss Christ’s last command: But the one who endures to the end will be saved. (Matt. 24:13) Endure. That’s not as easy as it sounds. After all, if you’ve lost your love for blacks or whites today, you haven’t endured. Sometimes endurance isn’t about blood, sweat, tears. It’s about love.

At the end of Paul’s first letter to the Corinthians, he says, “If anyone has no love for the Lord, let him be accursed. Our Lord, come!” (1 Cor. 16:22) When Paul looked upon the injustice of the world, his first reaction wasn’t to pray for the Corinthian National Guard. He prayed for Justice to come. With a capital J. What if, instead of raising our flags to thumb our noses at Baltimore, we started raising prayers for the countless souls who desperately need Jesus. Christ didn’t die so that you could hail your country over His kingdom. Please don’t mistake the two. If you’ve uttered a racist or derogatory diatribe aimed at Baltimore in the past 24 hours, you’ve singlehandedly fulfilled the war Christ predicted: nation against nation…ethnos against ethnos. (Matt. 24:7) Literally translated: ethnic group against ethnic group.

The sooner the church understands that the purpose of history is to “unite all things” in Christ and not to restore the American ideal, the sooner it can mobilize and fulfill Christ’s last prophecy in the passage: “And this gospel of the kingdom will be proclaimed throughout the whole world as a testimony to all nations, and then the end will come.” (24:14) A quick way to discern between godly faith and ungodly patriotism is by locating the ethnos: In Christ, ethnic groups aren’t the enemy. They’re our goal! We’re called to reach them, not yell at them on CNN. And when we pray ‘your kingdom come, your will be done,’ (6:10) we’re praying for much more than legislation or public justice. We’re praying for a whole New Baltimore. Want to be a patriot? Fly a flag. Want to be a disciple of Christ? Fly to Nepal. Or give your money. It’s worth more than your opinions.

Perhaps we can salvage one thing from this awful week in the world: Perspective. If you haven’t lent a prayer for Nepal, don’t bother offering your bitterness for Baltimore. If you haven’t prayed for our world, then you need to abandon your notion of American Christianity. If you’re reading these words, the end isn’t here yet. And God’s patience with sinners is designed to produce repentance…not Republicans. (or Democrats) (Rom. 2:4) 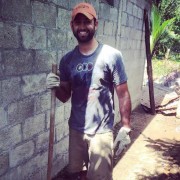 Previous Post: « John Broadus: The Father of Modern Expositional Preaching
Next Post: A New Covenant for a New Eschaton. » 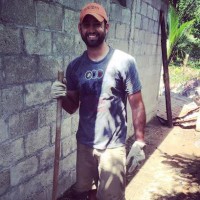