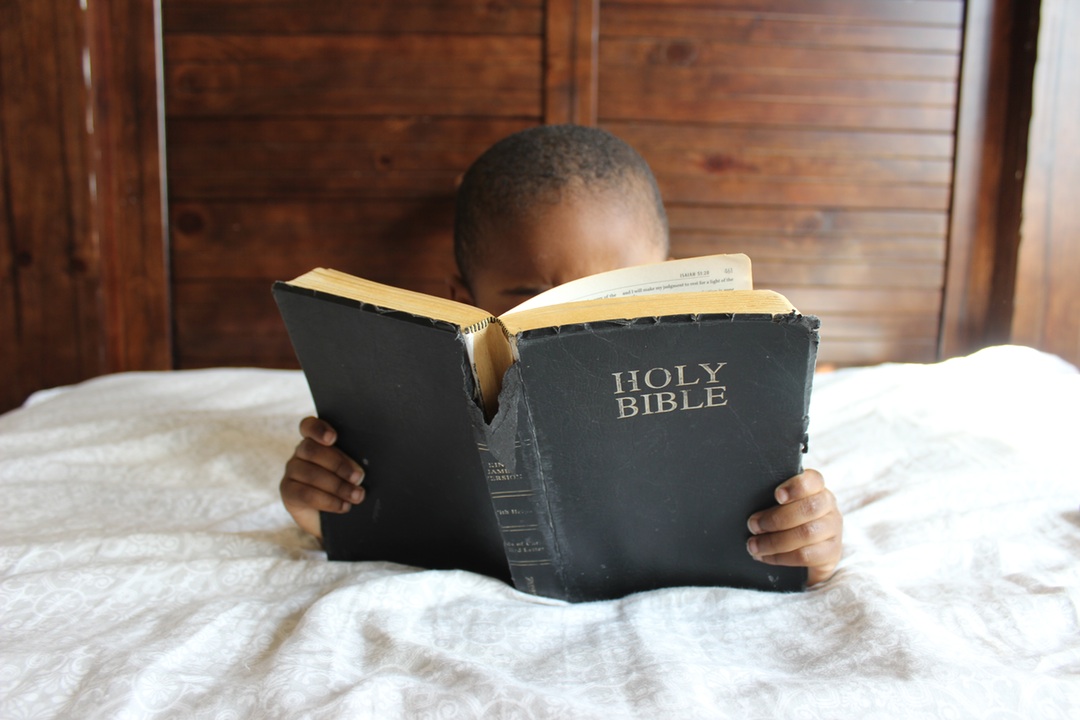 God is Creator and Redeemer. Right now He is preserving the universe, sustaining it in its continuance. (Ps. 104, Matt. 5:45)  He is not simply the “ground” of being, but is in fact a personal Being who possesses personhood. In fact, His personhood is the ground for human personhood. Therefore He is altogether separate from the cosmos He produced. Through His Son and the preserving power of His Spirit, God the Father created the universe from nothing (ex nihilo),  and He re-creates sinners into the image of His Son through His Spirit. God is one. (Deut. 6) But the Godhead is also triune: God the Father, God the Son, and God the Holy Spirit – a Trinity of Persons in one divine Being/essence. These are not “modes,” “masks,” or “manifestations” of the same divine Person (modalism), nor are they three different gods (tritheism). God is three-in-one (or as I prefer, three-and-one), with each Divine Person (or hypostasis) as Co-Eternal, consubstantial, equal in deity, power, and attributes. Each Divine Person mutually indwells the other (perichoresis) and each is God in and of Himself (autotheos). No one Person derives His “Godness” from another. If this were so, He would not be worthy of the name “God.” Despite the subordination of the Son and Spirit to the Father in the economy of salvation, One is no less God than another. (John 10:30, John 14:28) This is the distinction often made between the “economic” and “ontological” / “immanent” Trinity. The Father is eternally the Father. The Son is eternally the Son. The Spirit is eternally the Spirit. This functional (not ontological) hierarchy is eternal. (1 Corinthians 15:24-28) As defined by the Council of Nicaea, each is homoousias, or of the same essence. However, each is also distinct. (e.g., Matthew 3 – Christ’s baptism) The Godhead is Alpha and Omega, without beginning or end. He is the Life and Light of the world. He is both transcendent above His creation and immanent amongst it: omnipresent, omnipotent, and omniscient. He is also simple, existing without parts and compartments. Instead His being is identical to His attributes.(e.g. God is love, 1 John 4:8) In some ways, these many attributes could be categorized under holiness. God is holy. Hence, despite His omnipresence, He is not literally “in” everything. And although He is “wholly other” than His creation, He desires a relationship with His creatures and achieves this through a special covenant with His people. He is glorious and jealous for His glory – glory being the very reason He creates and saves!

Although the Father is preeminently the Author of creation, all three divine Persons are intimately one in the redemption process. For example, the Father did not act as the Lamb of God offered for the sins of the world and did not suffer the cross. However, He was one in purpose and plan with the Son and Spirit. What One accomplished, all Three accomplished. The whole Triune God is the God of creation and salvation. Through the cross, we can glimpse at the depths of His love for sinners when God the Father sent His only begotten Son to die for our sins. It’s a just and holy love that demanded His Son become a propitiation to the Father, to satisfy His holy anger and avert His wrath in order that a divine substitute might stand in our place to take the punishment we deserve. In turn we received the righteousness of Christ as a gift, something we never deserved for our wretched, sinful lives (Phil. 3:9). God is a good God. A gracious God. He goes by the intimate name of Yahweh, which denotes His Personhood as well as His self-existence and independence from all of creation. God doesn’t simply possess existence. He is existence. His existence is His essence. He is the great “I am.” (Exodus 3:14) He is also Lord. (Adonai) He is sovereign and above all, working all things according to the counsel of His will. (Eph. 1:11) Ultimately, as the first person of the Trinity, He is Father. The cosmic Ruler of the universe He created. As His creatures we are His subjects. But as sinners apart from His grace, we were His enemies. Yet in Christ He now calls us His children, revealing Himself to us in the incarnate Word Jesus Christ and the Bible, His written Word. We are adopted in Christ, whom we can now call Lord, Friend, and Brother.

Jesus Christ is the Messiah. “Christ” is not His last name, but rather denotes His status as the “anointed one” of God. In Him the entire fullness of deity dwells bodily as the Spirit rests upon Him perfectly. (Col. 2:9, Isa. 11) In Him the Father is well pleased. (Matt. 3:17, 17:5) It is this perfect union and love between the Father and Son that serves as the ground for our union and good standing with our heavenly Father – a union that was predestined before the beginning of time. (John 17, Eph. 1) He is both Jesus of Nazareth and the eternal Son of God who is the second person of the Trinity eternally begotten/generated of the Father. (“hypostatic union”) This means that while the Son does not derive His deity from the Father, He does derive His personhood (His “Son-ness”), being begotten from eternity. (John 1:18, 3:16) He is fully God and fully man,  the God-man who died upon the cross and the Son who upholds the universe by the word of His power. (1 Tim. 2:5, Heb. 1:3) Through Him and to Him were all things reconciled. (Col. 1:17, 20) As the eternal logos and the image of the invisible God, Christ is before all things and in Him all things hold together. (John 1:1, Col. 1:15) He was conceived by the Spirit, lived a sinless life of perfection, died an atoning death upon the cross, and was raised for our justification and rebirth. (Rom. 4:25) He is God incarnate and remains the glorified God-man for eternity. He is seated at the right hand of the Father and presides as head over His church, acting as our eternal Mediator and Intercessor. (Eph. 1:18, 1 Cor. 11:3, Heb. 7:25) He is Prophet, Priest, and King. (Mark 6:4, Heb. 7:17, Zech. 9:9) Therefore, while Jesus reigns as the Son of God eternally, He also reigns as the Son of Man who has won the right to rule over the world He has purchased and conquered. (Daniel 7, Psalm 2)  After ascending to the throne, He sent His Spirit to His church so that we would not be left as orphans. Jesus Christ is my personal Savior and His Spirit my Comforter. Now I am born again by that Spirit and as a son of God, am counted amongst Christ’s earthly body and bride: His church. He is my Redeemer. No one is saved without Him. (John 14:6) And neither was anything made in the cosmos apart from His creative agency. (John 1:3) His name is Immanuel because He fulfills the ultimate goal of creation: for God to dwell amongst His people in exclusive and unrivaled glory. (Matt. 1:23)

The Holy Spirit is the third Person of the Trinity. He is not a thing or force or substance, although His power is that of God unto salvation. (Rom. 1:16, 8:11) He is God, equal in deity and attributes with the Father and the Son. He proceeds from the Father through the Son, and contrary to the Eastern church, from the Father and the Son. (John 14:26, John 15:26, John 20:22) The Spirit is the means through which sinners are born again and the very power of the resurrection which now abides in us – as sin no longer has dominion over us. (John 3, Rom. 6) In Christ, we are temples of the Holy Spirit and vessels for His good works, prepared beforehand. (1 Cor. 6:19, Eph. 2:10) He draws sinners to salvation, calls them out of darkness, and is the means through which believers confess Jesus. (1 Corinthians 12:3) He is the power of sanctification in the believer after the justifying work of the Son on the cross. (2 Corinthians 3:18) Through Him, I am conformed more and more into the image of the Son of God via the church that He knits together in unity. (Eph. 4:3) Ultimately, at the end of time, through Christ as the first fruits, my body will be swallowed up in glory and my redemption made complete through the Spirit. (1 Cor. 15:44-46) Until then, through the ministry of the new covenant, He will continue to write God’s perfect law on the hearts of the redeemed by rendering new creations in Christ and declaring to them the things of the Son. (2 Cor. 3:6, John 16:14-15) He is the Paraclete – my Comforter and the seal of my salvation. (John 14:16, Eph. 1:13)

I believe in God, the Father Almighty, Creator of Heaven and earth;
and in Jesus Christ, His only Son Our Lord,
Who was conceived by the Holy Spirit, born of the Virgin Mary, suffered under Pontius Pilate, was crucified, died, and was buried.
He descended into Hell; the third day He rose again from the dead;
He ascended into Heaven, and sitteth at the right hand of God, the Father almighty; from thence He shall come to judge the living and the dead.
I believe in the Holy Spirit, the holy Catholic Church, the communion of saints, the forgiveness of sins, the resurrection of the body and life everlasting.
Amen.

« WHAT CHURCH CAMP SAYS ABOUT THE CHURCH.
Book Review: For a Continuing Church by Sean Michael Lucas »