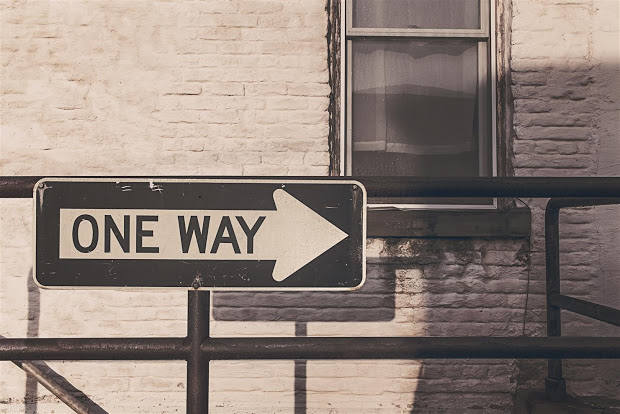 When Swiss Reformer Ulrich Zwingli contemplated the life and thought of Plato (423-347BC), it was difficult for him to consider that the Greek philosopher would not be in heaven. How could a man who had written such wonderful things and bestowed such virtuous teaching upon the world not be saved? Zwingli was a student of Humanism, a Renaissance literature movement that re-centered education around the works of classical antiquity, including Greek, Hebrew, and Latin. The slogan of the movement was ‘ad fontes’ or ‘to the fountain,’ denoting the return to the original sources. In his humanist studies at Erfurt, Martin Luther had returned to the Greek and Hebrew languages – beyond the Latin of the Vulgate. John Calvin had also been trained in the humanist tradition, writing his first book on the Roman philosopher Seneca’s De Clementia. Humanism was a telescope that allowed the minds of the Protestant Reformation to look back beyond the decaying religion of the medieval church. Therefore the men of Greek and Roman philosophy were well known to the men of the Reformation. Zwingli admired Plato’s teachings so much that he actually believed he would meet the philosopher one day in paradise! (Zwingli was infamous for such ‘hypothetical’ salvation scenarios) And while we should not accept Zwingli’s extra-biblical view of Plato’s salvation, modern evangelicals should attempt to regain an appreciation for the parallels between Platonic and Christian worldviews.  Platonism and Neo-Platonism, while presenting obstacles to the early Christian apologists, also provided a seedbed of thinking that allowed the Gospel to penetrate the Western world. The heavy influence of Plato has even led scholars like Adolf von Harnack to suggest the ‘Hellenization of Christianity’ in its formative years. Robert Louis Wilken, in his The Spirit of Early Christian Thought, posits the exact opposite: ‘the Christianization of Hellenism.’ (xvi) From either position, Hellenistic thinking appears inseparable from the incipient New Testament church. According to Wilken, “In its formative period Christian thought was in continuous conversation with the classical intellectual tradition.” (3) In a post-Alexandrian world, when the Gospel met the Gentiles, it met Plato.

If faith is a walk, then early Christians encountered Judaism from the rear and Greek paganism from the front. Therefore early Christian apologists faced a strong antithesis between ‘Jewish’ Christianity and ‘Greek.’ Men like the heretic Marcion, influenced by Platonic Gnosticism, rejected the God of the Old Testament for the God of Paul, as if they were literally worlds apart. In fact, Marcion held ultimately to Luke’s Gospel above the other three, precisely for Luke’s association with Paul and his disassociation with the Judaism of Matthew or Mark. For many patristic thinkers, the Apostle Paul carried a heavy ‘Greek’ color as opposed to the ‘Jewish’ flavor of Peter. (Texts like Galatians 2 only served to demarcate separate ‘camps’ of Christianity) And behind every particularly ‘Greek’ term or concept, many Christians heard Plato. For example, Paul’s dichotomy between the natural man and the spiritual man in 1 Corinthians 2 seemed to many scholars to be a recapitulation of Plato’s inherent aversion to the senses. Platonic thought was concerned with the knowledge of invisible, immutable, real objects known as the ‘Forms.’ These were ideals which existed in the highest level of reality and were only accessible through the use of reason, or the logos. (These ‘forms’ constitute the opposite of nominalism, a late medieval philosophical theory that persisted during the time of Luther) This pure, governing reality existed above the senses, by which full knowledge wasn’t possible. Therefore ultimate reality was found outside of the flesh: a Platonic concept that often seemed very…Pauline.

“Justice presumably teaches people self-control, makes them better and is the cure for wickedness.” (Gorgias) What Plato saw as a need for ‘moderation’ (sophrosune) in the virtuous life, Gnostic heretics transformed into extreme asceticism. It’s this kind of Neo-Platonist aversion to sensuality that heavily influenced church fathers like Augustine, who carried an unhealthy view of sexuality and bodily expression. In the Platonic worldview, the intelligible world constituted the highest level of reality, while the sensual realm remained the lowest ontology. However, in the Gnostic worldview, all flesh was completely evil. Therefore, while Gnostics (gnosis = Greek for ‘knowledge’) retained the Platonic importance of knowledge, they demonized the flesh as well as the God who created it. For this reason Gnostics wholly rejected the Old Testament, swapping out the Genesis account of ‘good’ creation for a Platonic demiurge, a divine artisan-like figure who fashions and controls the universe without creating it ex nihilo.

Jaroslav Pelikan defines Gnosticism as “a system which taught that cosmic redemption of the spirit through knowledge.” (82, The Emergence of the Catholic Tradition) Therefore knowledge was something sought by Jews, Greeks, heretics, and orthodox Christians. But all interpreted that knowledge in different ways. But in many respects, Platonist concepts overlapped with certain biblical principles. Knowledge lay at the very core of Platonic cosmology, education, ethics, and politics. Plato himself adopted an intellectualist brand of ethics: to know good is to do good, and vice versa. And this view of knowledge only bolstered his disdain for the sophists of his day. In his anti-democratic opinion, sophists merely pandered to the masses as ignorant politicians devoid of any real skill or knowledge. “For so long as I don’t know what justice is I’m hardly likely to find out whether it is an excellence or not, or whether it makes a man happy or unhappy.” (The Republic) In his discussion of knowledge, Plato even employed words that would become commonplace in Christian vocabulary. The Athenian philosopher uses terms like episteme and gnosis interchangeably to refer to true knowledge, terms that Christians would use hundreds of years later when speaking of faith and knowledge of Christ.

One of the first Christian apologists was a man by the name of Justin Martyr (100-165AD). In his Dialogue with Trypho, Justin chronicles his road to the Christian worldview, although it wasn’t his first stop on the intellectual tour. In fact, Justin first learned from Stoic, Aristotelian, Pythagorean, and Platonist philosophers before meeting an old man on a beach. Justin began talking with the old man about Plato, and eventually the anonymous figure introduced him to Christ, presenting the obvious differences between Platonic and Christian worldviews. “A flame was kindled in my soul, and I was seized by love of the prophets and of the friends of Christ.” (6) Unlike pagan philosophy, Jesus Christ wasn’t simply a concept, ideal, or ‘form.’ He was the God-man, a figure in history. Therefore Justin could claim boldly with his Greek frame of mind: “Reason became man and was called Jesus Christ.” Truth and knowledge weren’t just abstract realities. They were found in a person. In God. And that became part of the Christian apologetic.

The three main apologetic texts in the early church that dealt with Greek thought were:

In each text, it’s obvious that Paul was conversant with the pagan thought of his time. For example, in Acts 17 Paul travels to the Areopagus in Athens, the hometown of Plato. Four hundred years after the death of the famous philosopher, other ‘lovers of wisdom’ (philo – love, sophia – wisdom) were still debating the ideas and concepts of their age. (17:18) They welcomed a chance to hear Paul’s new message! There in the halls of the Areopagus, the Platonic environment was conducive for the story of the Gospel to be heard. Under the influence of Plato in the city of Athens, Greeks were already familiar with the concept of an eschatological judgment, the immortality of the soul, the concept of justice, the reality of immutable truth, and an all-encompassing, invisible ‘good.’ Therefore, their monument ‘to the unknown god’ (v.23) wasn’t simply satire. It was a testament to a deity they believed existed but did not believe they could communicate with or see. And this is precisely where Paul was at his best. The realm of flesh that Platonists viewed as subordinate to eternal reality is the very flesh that Reality Himself took on! The Incarnate God was something completely new to a Greek. To the world. In the Platonic worldview, man used his reason to ascend to truth. In the Christian worldview, Truth descended to man in the flesh.

The pagan philosopher named Celsus cited Plato’s Timaeus to deride Christians for their claim that God had been revealed in a historical person. And according to Celsus, the cheap grace of Christianity was preposterous. In Timaeus Plato expands upon his cosmology: “Now to find the Maker and Father of this universe is difficult, and after finding him it is impossible to declare him to all men.” God was there. But He was unknowable, at least in an intimate sense. In the most comprehensive apologetic against Greek thought, church father Origen wrote a treatise against the well-known philosopher entitled Against Celsus. In the treatise, the bishop of Alexandria appeals to both philosophy and the Jewish Old Testament. (The work was so significant that it was said that Thomas Jefferson had 2 copies of Origen’s work: one in Greek and one in French) According to Celsus’ Platonic thought, the way to God is through the ascent of the mind and away from the fleshly senses. According to Origen, the way to God was through Immanuel – God in flesh. Sinners couldn’t ascend to God. God had to descend to sinners.

According to Plato (and Socrates), “the highest form of knowledge is knowledge of the form of the good” and “to ascend to the vision of the good.” What Greeks could see only dimly, Christians could see fully by the light of the Spirit: humanity can come to know the good because humanity can come to know Jesus the Son of God. And we don’t have to ascend to a beatific vision solely by reason – we can gaze upon the glory of the Father by looking upon the incarnate Son of God. The triune God is beyond mere reason! In Plato’s most famous work, The Republic, an ideal society must feature philosophers as kings and kings as philosophers. Only then can justice and goodness prevail. Paul’s message to the Athenians was one and the same. In Christ, Wisdom is King. And his name is Jesus.

In the end, Platonic and Christian worldviews were still miles apart. History isn’t cyclical. Souls aren’t pre-existent. There is only one true God, not many. However, for all of his obvious philosophical shortcomings, Plato provided a stage upon which the Gospel could take shape in the minds of educated sinners. In lands outside of Israel, there were people grasping for morality and truth. And from Nazareth came One who would not only deliver truth, but would embody it for those who called themselves ‘philosophers.’ Thankfully for the next generation of skeptics, Christ was, is, and continues to be that abiding reality. The way, the truth, and the life.