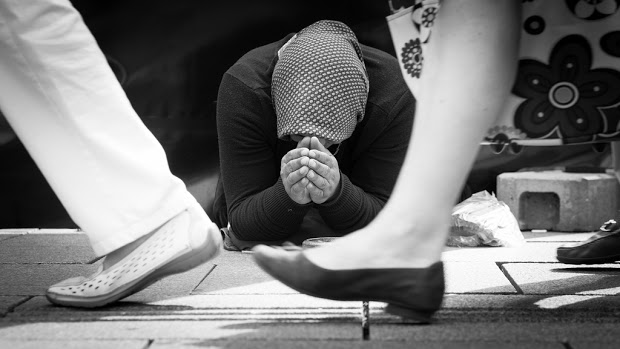 According to Christ, there are two basic ways to identify a Christian: (1) His sheep will follow His voice, (2) and they will not follow the voice of strangers. “My sheep hear my voice, and I know them, and they follow me.” (John 10:27) Counterfeit detection is increasingly vital in 21st century America. And this only begs the question: if the voice of God sounds like Scripture, then what in the world does a stranger’s voice sound like? After all, if you can’t explain the difference, you’re probably following the wrong voice. Perhaps it’s time to tune our ears for a moment. Christianity and Islam stand not simply as two religions but as two voices. And if we listen closely, they’re telling us two radically different things.

According to Richard Hays, Dean of Duke Divinity School, “Despite some common beliefs and traditions, Christianity and Islam stand in significant theological tension with one another.” In 2015, that tension was manifested on the campus of Duke University when leadership at the school originally approved a motion to allow the Muslim call to prayer from the institution’s chapel. To be fair, “tension” is putting it lightly. However, Hays is right when he says that there are similarities. For example, both religions are monotheistic. That means both worship one God, as opposed to polytheism that worships a plurality (e.g. Hinduism). It’s because of this common monotheistic belief that many Christians take “one God” to mean “the same God.” Thus thousands of Americans ask a similar question: should Christianity and Islam share more than a chapel? Don’t they share the same God?

According to a 2008 Pew Forum and Public Life Forum Report (and against texts such as John 14:6), 52% of Christians think that at least some non-Christian faiths can lead to eternal life. For many Christians, the god of the Quran is essentially the God of the Bible. And the argument goes something like this: “God just chose to speak to two different kinds of people in two different kinds of ways. You say Allah. I say Yahweh. You say tomato. I say potato. Let’s just come together.” In response to this darkened reasoning, let’s examine three fundamental ways that Christianity and Islam are not only incompatible, but are quite opposite in faith:

THE INCARNATION: This word means, “to take on flesh.” The Son of God became human in order to save us. (John 1:14) Thus Christians believe something radically different from Muslims: instead of going to God, God came to us. Apart from Christianity, every single theistic religion in the world (including Islam) requires that man must ascend to God via dutiful obedience. Followers of Christ believe the opposite: man doesn’t ascend to heaven; heaven descends to man in Christ. It’s not our obedience that merits our entrance into eternity. It’s His obedience. Nowhere in the Quran does Allah fulfill the duties of a people who smack of ungrateful rebellion. It’s beneath Him. But it wasn’t for Jesus. He emptied Himself of His divine position in heaven, kneeling down, humbled on our behalf, in order to save a wretched people. (Phil 2:7, Isa. 53:5) Just the act of becoming human was an act of humiliation for God. But love brought him here. Without sin, He became like us in every way, to know us and to hurt with us. (Heb. 2:17) That’s the God of the Bible.

Not only does Islam deny that Christ is God, it vehemently opposes the entire concept of divine incarnation. And we actually saw the fruits of that last year in Paris. Muslim terrorists recently retaliated against a French satirical newspaper for its comic depictions of Muhammad. While these extremists hardly represent Islam as a whole, Islam does forbid any visual images of Muhammad the prophet. And it does so for a couple reasons: one being to restrict worship to Allah alone, who is expressly not human. Part of Islam’s prohibition against Muhammad’s visual representation is a reaction against Christianity’s depiction of Jesus, a human, as God. In short, Islam emphatically denies that any prophet should be worshipped as Christians do theirs. This is, of course, because we believe that our prophet was much more than a prophet. Jesus Himself claimed to be God. (Mark 2:10) And this actually leads into our second defining feature of Christianity.

THE TRINITY: As mentioned earlier, both Islam and Christianity are monotheistic. However, the Christian faith is unlike any monotheistic religion in the world. The God of the Bible eternally exists as three Persons. In fact, the doctrine of the Trinity has often been called the single most important doctrine of our faith. That’s because it sustains every other doctrine. Without the Trinity, there could be no Father-Son relationship to achieve the Gospel. It’s a relationship that Islam explicitly denies. According to Islam, God can’t have a Son. Obviously this is problematic for any attempt to unify faiths. The Son of God is not only ‘necessary’ for Christians, but is in fact the very means through which the world is saved! Furthermore, according to Islam, Allah existed by himself before creation. So Allah could not love something or someone until he chose to create that something or someone. Until that point, he only loved himself. This is radically different than Christianity. The triune God of the Bible existed in selfless love before the creation of the world. (John 17) The Father loved the Son, who loved the Holy Spirit, who loved the Father and so on and so forth. In short, the God of the Bible exemplifies selfless love with or without humanity. How extraordinary is the triune God. No human intellect or copy of the Quran could plumb the depths of its glory.

Whereas Muslims believe that God cannot have a Son, 245 years before the birth of Muhammad, the early church had already established that the Son had existed from eternity! (Nicea, 325 AD) Better yet, that the Father and Son were of the same substance! (1st Constantinople, 381 AD) Take away the Trinity, and you have nothing close to Christianity. After all, without the Spirit, how are we to receive faith? (2 Cor. 3:15-17) Behold the miracle of the Trinity: God achieves every step of salvation Himself. On the contrary, Allah leaves it all up to you. Do you really want eternity in your hands? Believe in Jesus and you won’t have to.

THE CROSS: The greatest single difference between Islam and Christianity is the Gospel itself. With Islam, a Muslim is told that his god loves him. With Christ, a Christian is shown that his God loves him. Nowhere in the entire Quran, nor in the entire universe, does a message like the Gospel exist outside of the Bible. It’s almost ludicrous to the unbeliever: A holy and just God decides to atone for the sin of His people by becoming one of them and dying in their place. Receiving Hell instead of administering it. That’s unthinkable to a Muslim. But Grace is real. And you can find it in a Bible near you. The only way to worship the living God is by His Son, and that by the cross. To strip the Gospel from worship is idolatry at best. And that’s precisely what Islam is: idolatry. Instead of worshipping a God who claims all glory and honor from Calvary, Muslims inherently choose to worship themselves as the primary dictators of their own salvation. Herein lies the fundamental difference between Christianity and Islam. Followers of Allah ‘worship’ a just judge who simply reveals a false path to obedience. Disciples of Jesus worship a Judge and Savior who not only shows us the path to eternity, but accomplishes it for us with His own obedience and blood. (Rom. 3:26)

To conclude, Paul has some very sobering words for those who make sacrifices to other gods in ignorant religion: “I imply that what pagans sacrifice they offer to demons and not to God.” (1 Corinthians 10:20) Islam isn’t an inferior option to Christianity, it’s a grand hoax that captures the hearts of millions of blind souls in pagan worship. Yahweh and Allah aren’t two names for the same God. In fact, there is only one name by which we must be saved. (Acts 4:12) And for those in Christ Jesus, Muslims shouldn’t be so much feared as prayed for in their spiritual blindness. Are we doing that? The next time you watch the news, remember that Muslims stand as much in need of God’s love as anyone else. National defense and university policy are important. But the Gospel alone is promised to avail. Let’s fight for that first. A Muslim call to prayer shouldn’t silence our own.