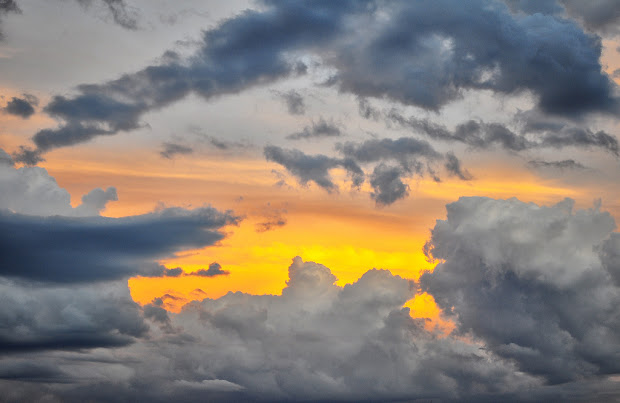 John McIntyre, in his book St. Anselm and His Critics, once described the Benedictine monk named Anselm as one who “makes his theology a prayer.” This is an apt way of approaching Anselm’s work Proslogion, precisely for its unique combination of theological intellectualism and deeply personal devotion. In fact, in the very preface to the work, Anselm offers a clear aim: “I have written the following short work…from the point of view of someone trying to raise his mind to the contemplation of God, and seeking to understand what he believes.” (238) The Proslogion (1077-78), written during Anselm’s time as Prior of Bec, was also penned while composing his Prayers and Meditations.  In the former, the author reflects upon God’s work of salvation and this in turn provides the fuel for his prayers. The subject is God’s own nature and man’s relationship to Him. In this way, Proslogion is a prayer soliloquy by the sinner toward his Savior and Creator. In his famous “ontological argument” (ch. 2), Anselm is advancing the idea that God exists according to the human notion of a perfect being in whom nothing is lacking. Unlike Aquinas, Anselm believed that the ability to consider and express the inexpressible was sufficient evidence for God’s existence, requiring no further validation. The more reflection Anselm pursues, the more praise and introspection is evoked in his heart. Proslogion is very much a prayer by a man of prayer.

The preface of Proslogion embarks upon the matter of God’s existence: “I began to ask myself if it would be possible to find one single argument, needing no other proof than itself, to prove that God really exists.” The first chapter begins with the mission of seeking God. Since God is everywhere, why can’t we see Him? Anselm has been “created and re-created” with this single purpose: “I was created to see you.”  Recounting the effects of the Fall, Anselm identifies himself as a son of Adam desperate to be filled with the vision of God. The sinner must be taught and shown how to seek God, and this is Anselm’s request. The Anselmian relationship between faith and theology is perfectly summed up in his now-famous statement: “I do not seek to understand so that I may believe, but I believe so that I may understand.”

Anselm identifies this greatest being as God Himself, confessing the impossibility of someone thinking God does not exist. As nothing can be conceived that is better than God, this necessitates that nothing is in fact better in reality. “For no one who truly understands that which God is, can think that God does not exist.”  Even if someone desired not to believe in God (as the fool in Psalm 14:1), they would not be able to understand such a universal principle.

Traces of Anselm’s satisfaction theory (Cur Deus Homo, 1098) are foreshadowed in chapters 9-11 of Proslogion, beginning with the author’s question “If you are entirely and supremely righteous, how can you spare the wicked?” Both His goodness and righteousness are entire and supreme. Therefore Anselm understands that God is not entirely good unless He is entirely righteous. As a result, for Anselm, God’s love cannot be understood apart from His righteousness: “So your compassion is derived from your righteousness.” Thus God can only bestow mercy as it fits His righteousness. And herein lies Thomas’s two most significant points of departure from Anselm.

A century after Anselm came Aquinas, and in these two thinkers we see the recapitulation of an age old rivalry: Plato v. Aristotle. Whereas Anselm (Christian Platonist) highly regarded man’s a priori knowledge, Aquinas (Christian Aristotelian) valued empirical evidence in a posteriori argumentation. Anselm’s “ontological argument,” while drawing critiques from Aristotelian minds like Aquinas, offers a significant answer to the question of natural revelation. Paul tells the Romans that God’s law is “written on their hearts, while their conscience also bears witness.” (Rom. 2:15) Hence Anselm’s argument for the existence of God from the human mind appears to gather some biblical merit. His a priori approach isn’t so much a Platonic worldview as a recognition that God’s presence and power are written on human minds to an irrefutable degree. Therefore, according to Anselm, the God-rejecting fool in Psalm 14:1 is not absolutely ignorant to a God who has revealed Himself to our heart and minds. “So why does the fool say in his heart, ‘there is no God’, when it is perfectly clear to the reasoning mind that you exist most fully of all? Why, except that he is indeed stupid and a fool?” He is not completely blind. He is simply a complete fool. Thus Anselm’s “ontological argument” demands that he give further exegesis into the true meaning of Psalm 14:1. Therefore Anselm believed God’s existence to be self-evident, and his “ontological argument” was the means to prove just that. According to Aquinas, however, God’s existence was not self-evident, and must be proved empirically. Hence Thomas believed that Anselm’s “ontological argument” simply assumed the conclusion to be proved without showing external evidence. The difference between the two Medieval thinkers is the difference between Plato and Aristotle, the difference between Romans 1 and 2. One man saw God’s existence written in the human mind. (Rom. 2) The other saw God’s existence in what man can view with sensory perception. (Rom. 1) However, the two philosophical theologians differed in more ways than simply proofs for God’s existence.

Perhaps one of the fundamental differences between Anselm and another Medieval mind like Aquinas, other than their opposing a priori and a posteriori arguments for God’s existence, is the way they relate God’s righteousness with God’s love. For Aquinas, God’s righteousness is derived from God’s love. For example, if God did not preeminently love, He would not need to be just: “Now the work of divine justice always presupposes the work of mercy; and is founded thereupon.” (Summa Theologica, 1.21) However, for Anselm, God’s love is derived in His righteousness: “So your compassion is derived from your righteousness.” This is because Anselm’s perspective of righteousness redefines the conventional definition of justice: “when you save those whom with justice you might have deserted, you are just not because you give us our due, but because you act in accordance with your nature as being entirely good.” Anselm fights hard to unite God’s goodness and justice. For Aquinas, on the other hand, mercy and love are virtues that stretch beyond the bounds of justice: “God acts mercifully, not indeed by going against His justice, but by doing something more than justice.” Unlike Aquinas, however, Anselm would argue that God’s love and mercy are contained in His justice and are necessary fruits of it. This synchronization of righteousness with love is part of the foundation of Anselm’s argument for the necessity of the incarnation in his Cur Deus Homo. At times, Anselm seems to depict a God who must be merciful, due to His inherent righteousness that demands it. As a result, Anselm doesn’t emphasize God’s freedom in the way Aquinas does: “So it is just that you should spare the wicked and make good out of bad.” Thomas, on the other hand, would emphasize the unthinkable power of God’s love that went above and beyond: He didn’t have to pardon us. He wasn’t compelled by His righteousness but by His extraordinary love. For Anselm, God’s love is contained within his righteousness. For Aquinas, righteousness is finite according to its desserts while God’s love is infinite. The result is that Anselm constructs God’s righteousness as an umbrella under which His love is subsumed. It’s almost as if God is expected or even demanded to walk the extra mile according to His righteousness, whereas Aquinas views the extra mile as the difference between God’s righteousness and mercy. (Matt. 5:41) This particular reader would love the opportunity to ask Anselm whether he believed the ex nihilo creation event to be an act of God’s righteousness. If so, was God compelled to create? Was he altogether ‘free’? These are some basic questions to consider while reading two well-known genius minds of the Medieval Age, Platonic and Aristotelian respectively. In them we can see two men who described and defended the same God in two very different ways.