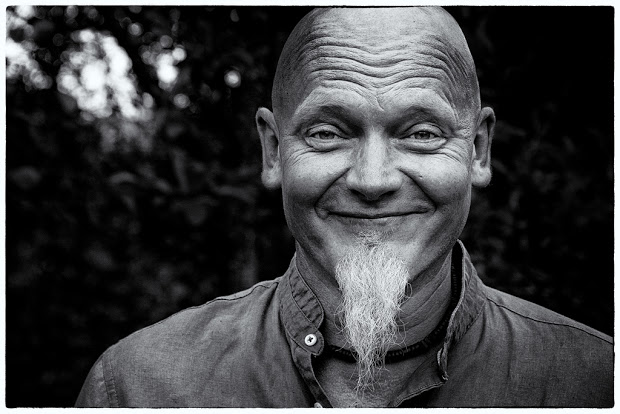 Men are not animals. As often as your daily newspaper may seem to contradict that statement, it’s quite true. Eternally so. Every human soul is immortal. Whether in heaven or in hell, we live forever. Animals do not. Men also stand upright. Animals do not. Men look upward to He who provides their ultimate fulfillment. Meanwhile, beasts find no fulfillment beyond what springs from the earth. Perhaps that’s because they’re not created in the image of God. They’ve no need to look up. After all, they don’t represent or reflect their Creator in the way that we do. Thus we’re given dominion over them. (Gen. 1:28) In this authority we find King Nebuchadnezzar’s humiliation. God tells the king, “you shall be driven from among men, and your dwelling shall be with the beasts of the field. And you shall be made to eat grass like an ox.” (Daniel 4:32) There’s no greater humiliation than assuming the role of something inferior. This is, in essence, what Christ did for us. But He didn’t just behave like a man. He became one, “taking the form of a servant, being born in the likeness of men.” (Phil. 2:7) Still, he didn’t become an animal. Nor did he become an angel. He redeemed humans and humans only. So that image we bear means something. And one of the cool features of being born in the image of God is that humans have something called a conscience. That conscience is part of our ability to reason. John Calvin believed that the conscience was evidence of man’s immortality: “Conscience, distinguishing between good and evil, responds to the judgment of God.” (On Man’s Nature) In a sense, our conscience is a connection with the character of God. In Romans, Paul recognizes that Gentiles are keenly aware of moral norms that accord with Mosaic Law: “They show that the work of the law is written on their hearts, while their conscience also bears witness.” (Rom. 2:15) In short, our consciences testify to and validate moral standards. But what is this ‘law’ written on our hearts? And why don’t people seem to abide by it? It’s an issue of sin. And conscience.

The law of Christ is written on our hearts with the ink of the Spirit. (Jer. 31:33, Ezek. 26:26) However, according to Paul, every sinner possesses a conception of natural law in their hearts. That is, a general sense of what is right. According to Calvin, “The law of God which we call moral, is nothing else than the testimony of natural law, and of that conscience which God has engraven on the minds of men.” (Of Civil Government) So what is moral law? Jonathan Edwards gives a great definition: “For the moral law (given to Adam) virtually includes all right acts, on all possible occasions, even occasions that the law itself allows not.” (Justification by Faith Alone) Because our consciences bear witness to the way in which we ought to live, Paul says we have ‘no excuse’ before God when we sin. Instead of defending us, our consciences damn us. Simply put, we should know better. In essence, sin is irrational. As Martin Luther observes, an idolatrous heart “sways the conscience.” (The Large Catechism) As a result, Paul tells Timothy, “the aim of our charge is love that issues from a pure heart and a good conscience and a sincere faith.” (1 Tim. 1:5) Pure heart. Good conscience. Sincere faith. Paul seems to treat these three as near-synonyms. As God changes our heart and our faith, He also changes our conscience. And according to Paul, Timothy’s sound teaching was designed to restore that conscience in love.

Many Christians, however, seem to put the ethical cart before the horse. Instead of allowing Scripture to inform their conscience, they’ve allowed their sin-riddled conscience to step in front of Scripture. The conscience is designed to bear witness to a moral standard. But by no means does that mean a conscience can somehow substitute as Scripture. Paul warns Timothy of those liars “whose consciences are seared.” (1 Tim. 4:2) In Ephesus, false doctrine seared consciences and seared consciences falsified doctrine. The ruinous consequences of sin. According to Calvin, “man’s natural gifts were corrupted by sins, and his supernatural gifts withdrawn.” (On Man’s Nature) So now that we’ve properly located sin and its place in our moral dilemma, we can ask a different kind of question.

Your first question shouldn’t be ‘what does my conscience say?’ It should first be ‘what does the Bible say?’ According to Martin Luther, Christ has come to defend us “from sin, death, and an evil conscience.” (On the Lord’s Prayer) And He accomplishes that through His Word. We’re “born again, not of perishable seed but of imperishable, through the living and abiding word of God.” (1 Peter 1:23) The danger exists when we recognize the power of the conscience to approve or disapprove of certain actions, but neglect to fortify that conscience with the proper materials. For many Bible-less Christians, the conscience becomes a moral compass unto itself, rather than a rational tool navigated by the sum of God’s word. Puritan Richard Baxter saw the conscience as a small authority under a much larger authority:

“There is a dangerous error grown too common in the world, that a man is bound to do everything which his conscience telleth him is the will of God; and that every man must obey his conscience, as if it were the lawgiver of the world; whereas, indeed, it is not ourselves, but God, that is our lawgiver. And conscience is not appointed or authorized to make us any duty, which God hath not made us; but only to discern the law of God, and call upon us to observe it: and an erring conscience is not to be obeyed, but to be better informed, and brought to a righter performance of its office.” (The Christian Directory)

Before a boat needs a compass it needs a rudder. And that rudder is the heart. Every good conscience is the result of a good heart. And every good heart is the direct result of an infinitely good God. Christian morality isn’t about blindly following a disabled conscience. It’s about being re-made in the image of Christ – the Word. Without the external measurement of the Bible, the ‘voice inside your head’ could easily amount to a small devil on your shoulder. And the best barometer for a good conscience is the conviction of sin. A righteous man never questions the justice of God. Even when it lands squarely upon his own sin. After all, the conscience is designed to respond to the law of God. And through the law comes knowledge of sin. (Rom. 3:20)

“My conscience is captive to the Word of God.” -Martin Luther

« Should Moms Work Outside the Home?
WHAT IS THE SOCIAL GOSPEL? »